Swift, 19, sat shotgun in a dark grey Porsche while Lautner, 17, drove the two to film scenes for "Valentine's Day." 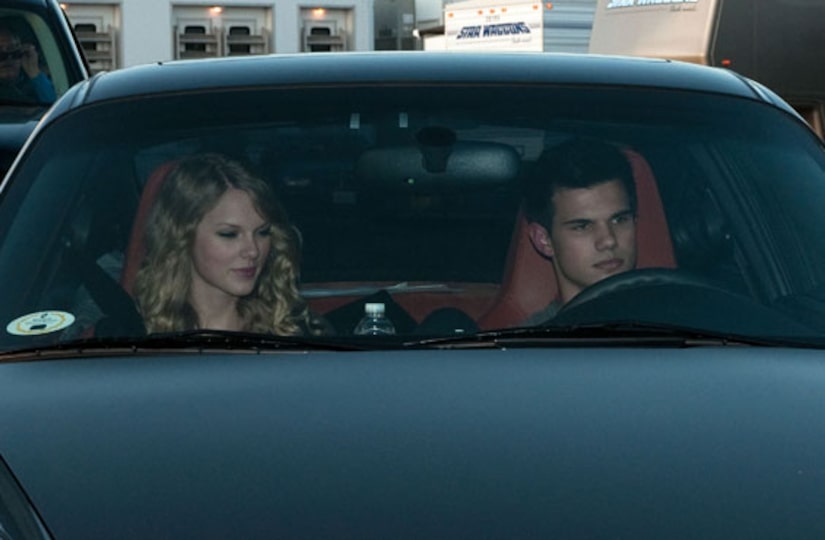 See more photos of Swift from the past few years

Swift and Lautner haven't admitted to a relationship, but they have been on numerous public dates, including an L.A. Kings game in October.