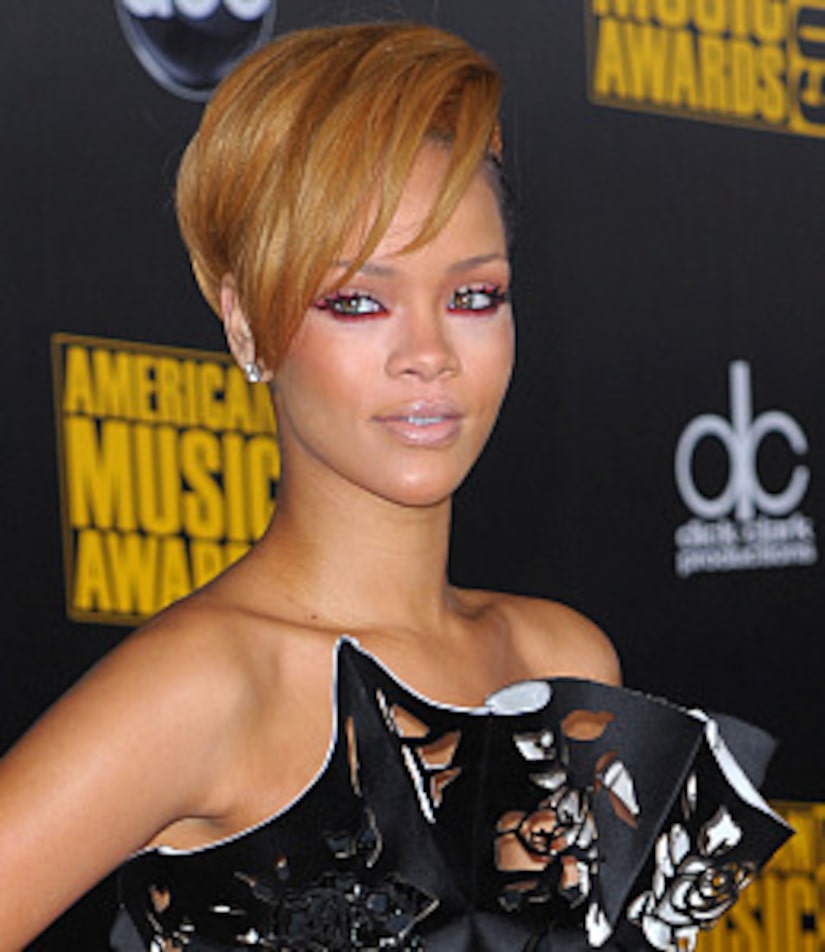 That really was Rihanna in those naked pictures leaked this past May.

The singer called in to NYC radio station Hot 97 to discuss the raunchy pics, which she sent to an ex earlier this year. (She was most recently linked to Chris Brown, who pleaded guilty to assault charges for attacking her last February.)

Rihanna calls the photos "hot" and defended her decision to send them out.

"If you don't send your boyfriend naked pictures, then I feel bad for him," she says.

But that doesn't mean she wasn't embarrassed when the pics hit the web. She calls the leak "the worst thing that ever happened to me."

Find out which other stars have posed nude

"I just felt like my whole privacy was taken before that and then, when that came out, I thought, 'oh great, so now there's nothing they don't know about me and my private life,'" she goes on. "It was humiliating and it was embarrassing -- especially my mom having to see that. It was two days before Mother's Day, so I was nervous."

Rihanna sent her mom flowers before calling -- but it turned out her mother wasn't that angry.

"Then she texted me -- when the world is against me she's always there supporting. If it's wrong, she will still let me know but she wouldn't come down on me like, 'oh my God, what were you thinking?'" she says.