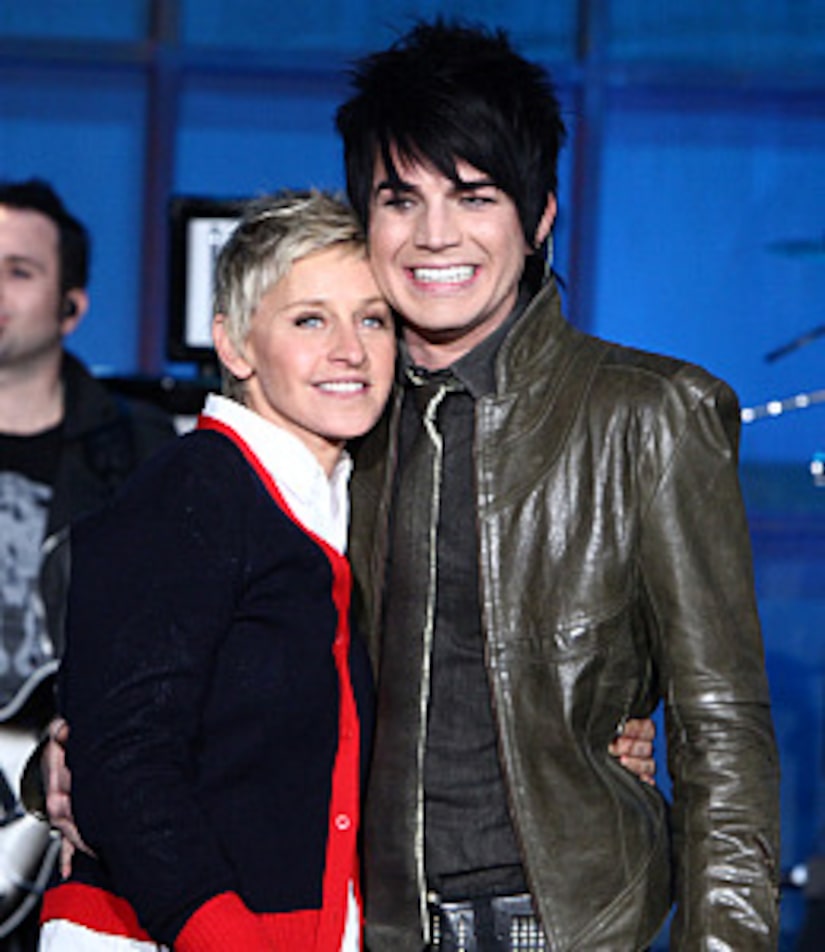 Adam Lambert says his American Music Awards performance offended viewers because he didn't fall into the cliché of gay men in the media.

"People aren't used to seeing a gay man portrayed that way on TV," the "American Idol" runner-up says on an episode of "The Ellen DeGeneres Show" to air Tuesday.

He continues, "The gay male image in the media tends to be very cliché and safe... I think I got up there and put more energy, a little more I was attempting to interrupt the lyrics of the song quite simply. I was putting on a character, putting on a persona being this kind of rock star, kind of dangerous kind of guy."

"After seeing one of my favorites, Lady Gaga, tear it apart on stage... she was incredible. I don't know, something came over me and I got caught up in the moment and maybe went a little too far," he adds.

Lambert says he regrets getting carried away during his first post-Idol performance.

"I think, in hindsight, I look back on it and I go okay, maybe that wasn't the best first impression to make again, the first second impression," he says. "I mean, I had fun up there. I had a good time, my dancers had fun and the band had fun. I respect people and feel like people walked away from that feeling disrespected. I would never intend to disrespect anybody. So that was not my intention."

He says he doesn't "blame" ABC for getting upset with him.

"I got carried away. It was stuff that I did not do in rehearsal so they were probably a little but taken aback," he admits. "They gave me a great opportunity to close the 'AMAs' and I would never want to smack that gift horse in the mouth. I think they were taking a leap of faith having me do that, and unfortunately it didn't work out as we all thought it would."

Lambert says his dad urged him to apologize, but he didn't agree.

"I was like, 'ya know Dad, I don't feel like I did anything wrong.' It just wasn't maybe the right judgment call," Lambert says. "It's a taste thing more than an obscenity thing. I think it's just a taste level."