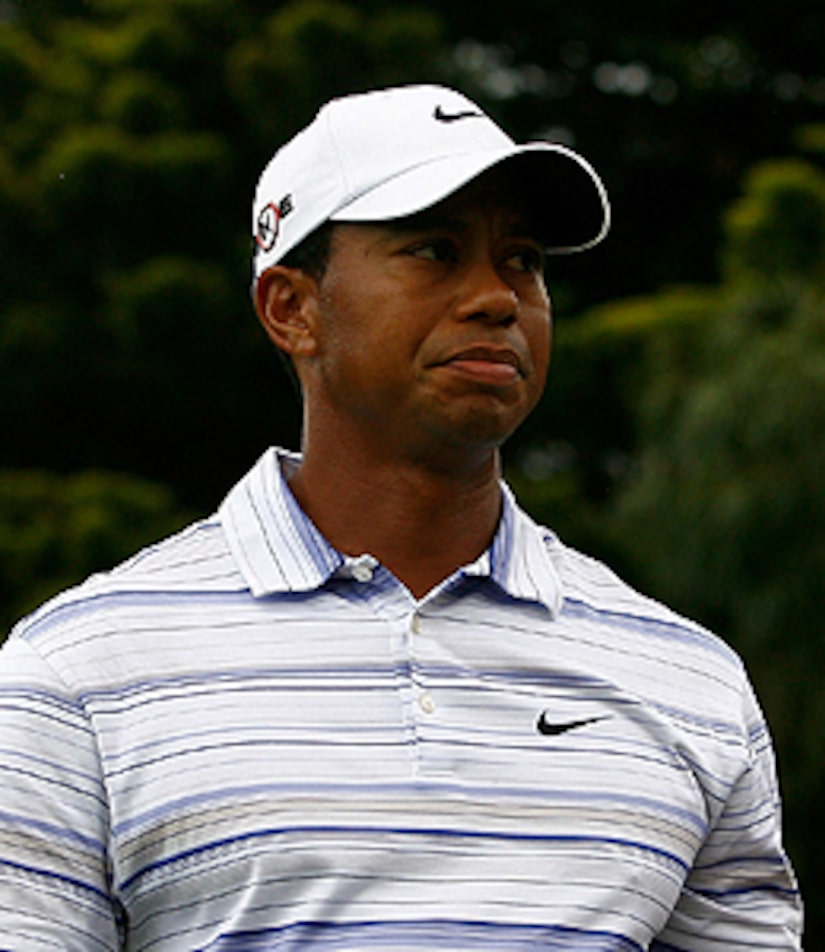 As Tiger Woods recuperates from a minor car accident over the weekend, the golfer finds himself under fire with allegations he had an affair with a club hostess from New York City.

Uchitel has vehemently denied the allegations, telling AP, "I resent my reputation is getting completely blasted in the media. Everyone is assuming I came out and said this. This is not a story I have anything to do with."

The report alleges that Tiger and Rachel met up in Melbourne, where the golfer recently competed in the Australian Masters competition. Rachel confirms to the AP that she flew Down Under to meet with clients, but did not meet up with Woods during her trip.

In fact, Rachel claims to have only met the golfer twice in her life.

"I did not have an affair with Tiger Woods." Uchitel reiterated to Us Weekly. "I met him twice and have not heard from him since."

Uchitel isn't the only person who wants peace from the media. Tiger's mother-in-law, Barbro Holmberg, tells the magazine that the headlines about her daughter's marriage are "a private family matter."

She adds, "I'm praying for everyone and everything to be OK. Please let's just leave it at that."

During a Friday night briefing about Woods, Windermere Police Chief Daniel Saylor told reporters that he "had no knowledge" about the nature of Tiger's relationship with his wife, Elin Nordegren.

More details have emerged about the accident, in which the PGA star hit a fire hydrant and a tree near his home in Florida at 2:25 AM Friday morning.

According to Saylor, Elin found the car wrecked after hearing the crash, and smashed out the car's rear window with a golf club to free her husband from the car.

"When they got there, he was laying in the street," Saylor revealed of the officers who responded at the scene. "His wife had broken out the back window with a golf club to get into the vehicle and pull him out."

He adds, "She was frantic, upset. It was her husband laying on the ground."

He was admitted to Health Central Hospital, where he was later discharged in "good condition."