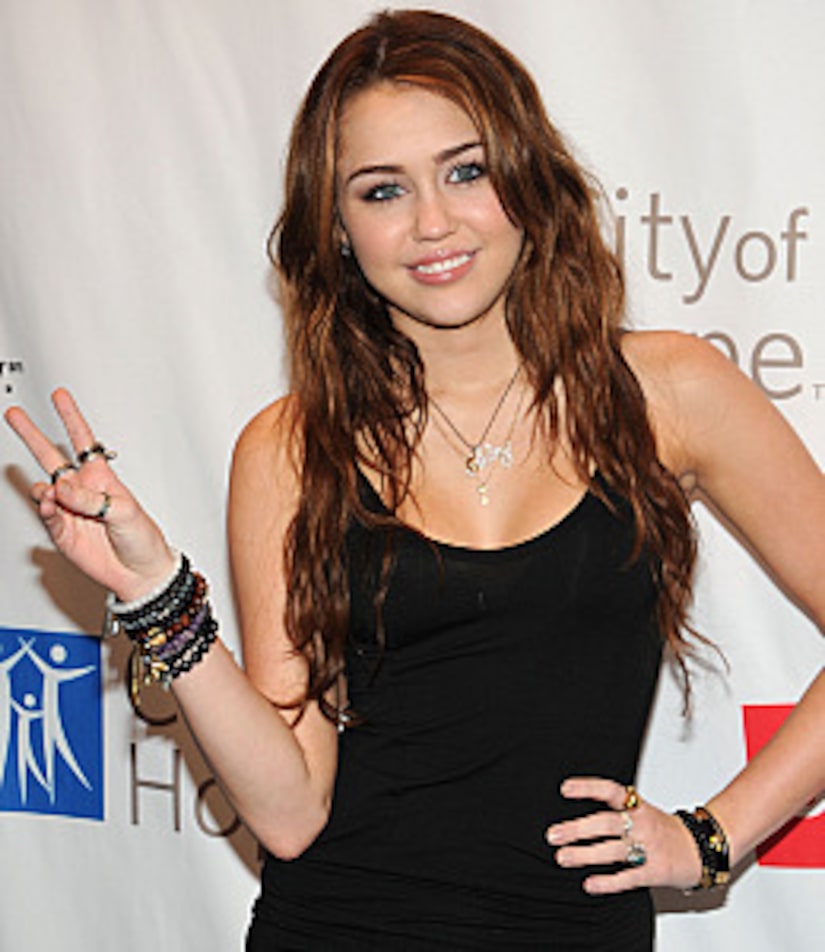 Miley Cyrus is her own biggest fan.

"I'm pretty cool. I'm pretty much the coolest person ever," she said in an interview on Sirius XM's "The Morning Mash Up" Tuesday.

She went on, "I'm just kidding. I'm pretty much awesome, no."

She went on, "It's weird because he's my friend... I could call him and be like, whatever. But... I think also the reason that he is so sexy is because he and Vanessa [Hudgens] have been together since the first 'High School Musical' and...I think that's really cool. Because... Zac could get any girl and... all these girls are always like, you know, 'Zac, Zac, Zac!' and would do whatever, and he is so loyal and... a really good friend and he's still the same and I think he's just like super good looking."

"Depp is way hotter than Robert Pattinson, for sure," she says.

The Disney star is still not a fan of "New Moon."

Cyrus has less to say about her new beau Liam Hemsworth, who plays her love interest on "The Last Song."

When asked to confirm their relationship, she said, "I'll neither confirm or deny!"