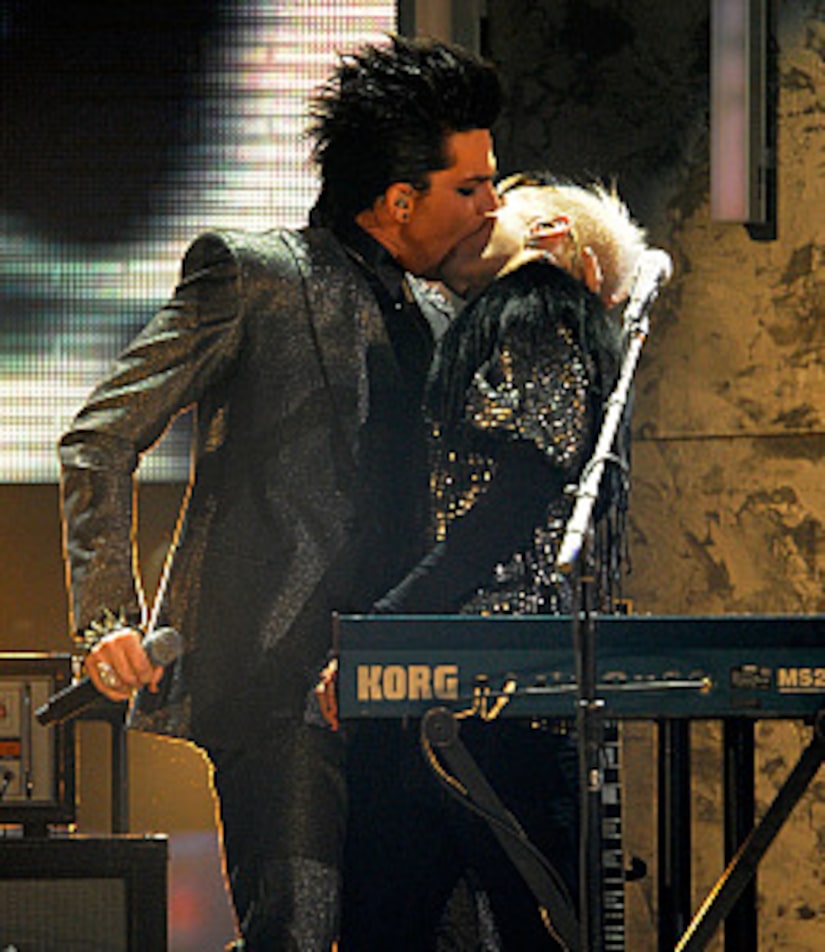 An editor at The Advocate is slamming the CBS "Early Show" for blurring a kiss between Adam Lambert and his male bandmate in a Wednesday segment -- moments before showing unedited footage of Madonna and Britney Spears making out.

"It's ridiculous they can show two women but can't show two men," Kinser adds. "I think it makes them look kind of silly. That's what's so ironic: they decided to put him on after 'Good Morning America' canceled him, and they seem really hypocritical to blur the moment that has everybody talking."

A rep for CBS tells "Extra": "We gave this some real thought. The Madonna image is very familiar and has appeared countless times including many times on morning television. The Adam Lambert image is a subject of great current controversy, has not been nearly as widely disseminated, and for all we know, may still lead to legal consequences."

Kinser understands how Lambert simulating oral sex during his Sunday night American Music Awards performance could offend some because "it's on network television, there probably were young people watching, parents didn't have a warning."

But a kiss between two men?

"Most children are aware of gay people," Kinser says.

"It's things like this that move the movement forward. I was a teenager during the Madonna years, and I was just thrilled every time she got people talking," he says. "So maybe he's the next provocateur."

Jarrett Barrios, President of GLAAD, also released a statement to "Extra": "The Early Show's decision this morning to blur Adam Lambert's kiss from the American Music Awards reinforces an unfortunate double standard that is applied to openly gay performers. I would have hoped CBS would provide the same treatment for images of gay and lesbian people and not create an unfair double standard that treats our community differently."

Barrios continued, "CBS regularly shows kisses throughout every daypart. The kiss was not blurred on ABC nor in news coverage on other networks. While we continue to applaud The Early Show for featuring Adam Lambert today, we have reached out to the show's producers to express our concerns about their decision and offer ways they can make their coverage of gay and transgender people more fair."