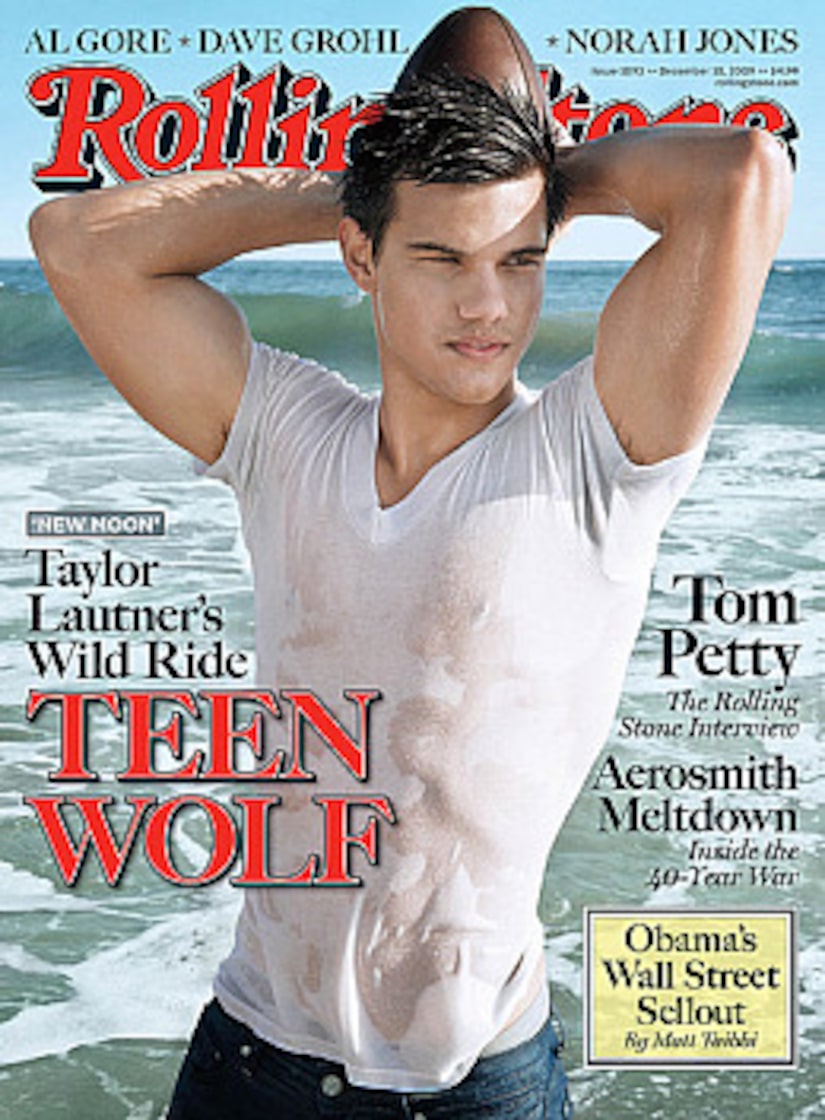 Taylor Lautner may star in the hottest movie in theaters, but he admits he was "never extremely confident" growing up.

"Because I was an actor, when I was in school there was a little bullying going on," Lautner, 17, tells the new issue of Rolling Stone (via Usmagazine.com). "Not physical bullying but people making fun of what I do ... I just had to tell myself I can't let this get to me. This is what love to do. And I'm going to continue to do it."

He's still shocked at the success of "Twilight."

"Nobody knew what Twilight was going to be. Nobody," he says. "We thought we were making it just for passionate fans of the book. People just kept telling us, 'Oh, yeah, the movie is going to do so good.'"

Lautner continues, "And we were like, 'All right, whatever. We'll see.' But when the movie came out, I was just blown away," he goes on. "That's when I realized, 'Boy, what am I getting myself into?'"

He says "anybody who played Jacob" would have become as famous as he is now.

"I was just lucky enough to be the one that has the opportunity," says Lautner, who packed on 26 pounds of muscle for the role. "I'm so grateful. It's Twilight. It's not me personally."

One topic he's not so open about: Taylor Swift. When asked to confirm they're dating, he coyly says, "possibly."

The two "got along great" while filming romantic comedy "Valentine's Day" (out February 2010).

"We instantly clicked. And she's -- she's an amazing girl," Lautner says. "Aside from being beautiful, she's extremely funny, charismatic and fun to be around, so we definitely got along. We're close."

See what Taylor Lautner looked like as a kid!

Lautner says he also sees the appeal of Kristen Stewart's character, Bella, in the vampire saga, whom he and Edward Cullen (Robert Pattinson) fight over.

"Because she's different, meaning she's more of the plain Jane type. You know, she's not fake. I know that attracts me too," Lautner admits. "Just somebody who is down to earth and themselves. I mean, apparently Edward likes her smell. But Jacob's relationship with her is -- Jacob has just always liked her. They used to be friends because their fathers are best friends. And he's just always had a crush on her since he was a kid. Now they are getting to that stage where things can start."