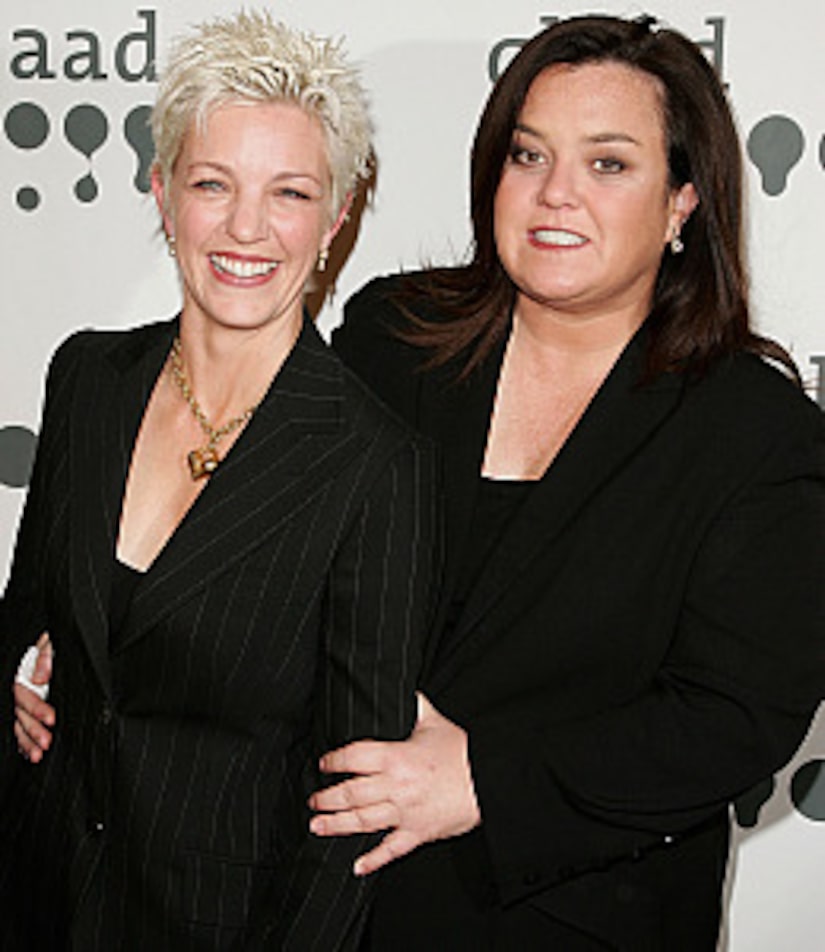 Rosie O'Donnell says she didn't announce her split from Kelli Carpenter for two years because they were still trying to work things out.

"Like most couples and families, you really try to love each other through the hard times," O'Donnell told "Extra" Monday at her "Rosie's Broadway Extravaganza" annual gala -- her first public appearance since announcing her breakup with Carpenter, with whom she has four children.

"We wanted to make sure we were in a safe and stable place as a family unit before we had to face the media," added O'Donnell, 47.

Continued O'Donnell, "I'm proud of us all -- how we've been able to get ourselves through the challenges. What you want to teach your children is that life is not always perfect, and sometimes you get a left turn when you don't expect it, and everybody's able to make it through."

O'Donnell -- who plans to spend Thanksgiving in Miami jet skiing with her family -- says she's focusing on her new radio show.

"I like it because there's no makeup. That was a big criteria for my next job: no makeup, and no bra!" she joked. "I'm wearing one tonight. Alert the media! That's what I want: a job where I can just stay home."

She definitely has no intentions of restarting her talk show, or stepping into Oprah Winfrey's shoes.

"I don't think anyone could ever replace Oprah Winfrey in any way. And she's still gonna be on TV. She's still gonna have her own network... she's never gonna go away and she shouldn't," O'Donnell said.

For more of "Extra's" interview with O'Donnell, tune in tonight!