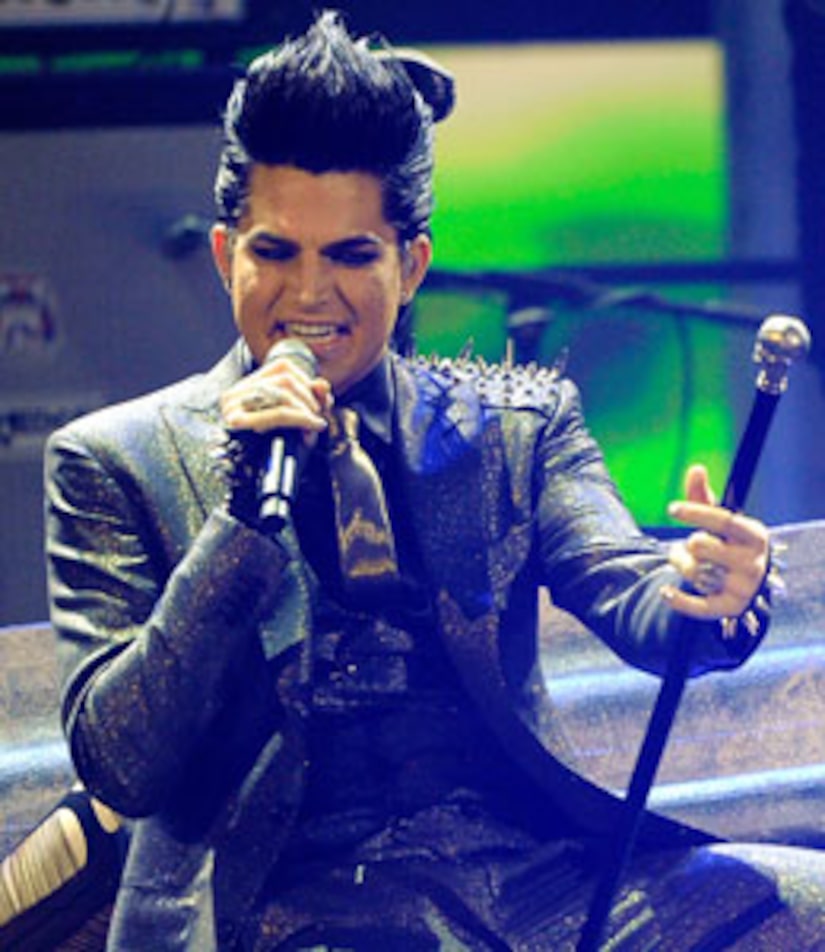 Adam Lambert's performances on "American Idol" were shocking, but not as jaw dropping as his American Music Award debut on Sunday night.

Lambert tells "Extra," "Anybody who feels uncomfortable with it... then maybe I'm not for you."

Lambert sported a spiky and sparkly blazer and sang his single, "For Your Entertainment." He provided the audience with a spectacle; leashed dancers, a same-sex kiss, simulated oral sex, crotch grabs and flashing the middle finger. The act was so suggestive, it was censored for the west coast feed. ABC says more than 1,500 people called to complain.

"If it's gonna be edited, then in a way, that's discrimination. I don't mean to get political, but Madonna, Britney and Christina weren't edited," Lambert told the L.A. Times.

When "Extra's" Lauren Sanchez asked Lambert, 27, what he was thinking about during his performance, the singer flippantly said, "I think it was pretty obvious."

Lambert said he had no intention of offending people. He explained, "I have a feeling there's probably going to be some people who feel a little uncomfortable with the performance, but my intention was not to offend, but to promote the spirit of rock and roll."

"Extra" wants to know: Did Lambert's performance go too far?