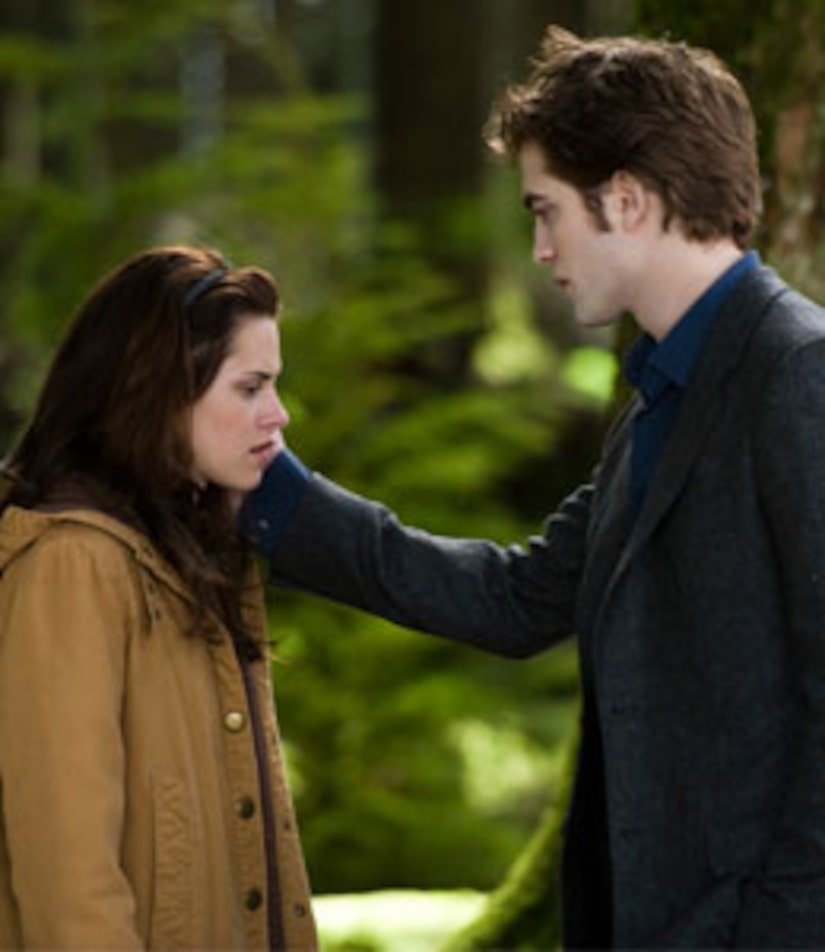 The film, starring Robert Pattinson and Kristen Stewart, grossed $72.7 million on Friday, according to estimates from Summit Entertainment.

The vampire flick crushed the previous opening-day record of $62.2 million, held by "The Dark Knight."