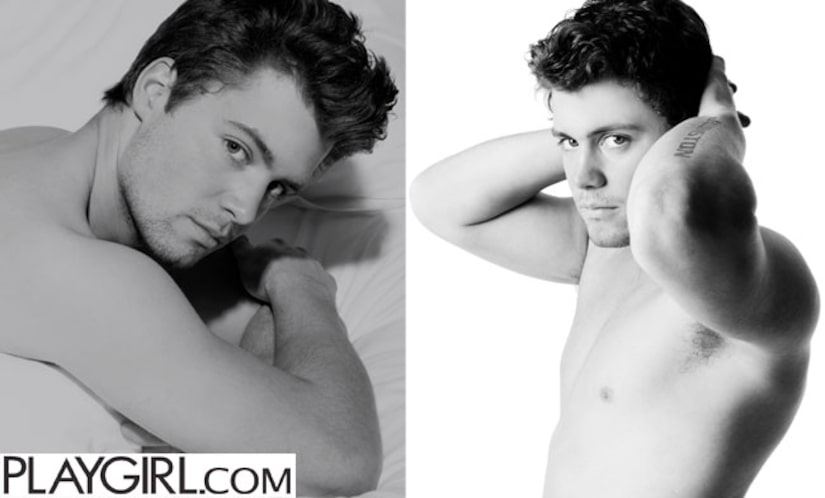 See more photos of Levi in our photo gallery

Playgirl released these two black and white, relatively modest publicity stills on Friday. The magazine says more photos of the 19-year-old father will be available on Playgirl.com with a paid subscription.

There will be 25 photos on the site and more will be posted over the next week.

On Tuesday, the world first got a peek at Johnston's pictorial with a steamy shower shot.