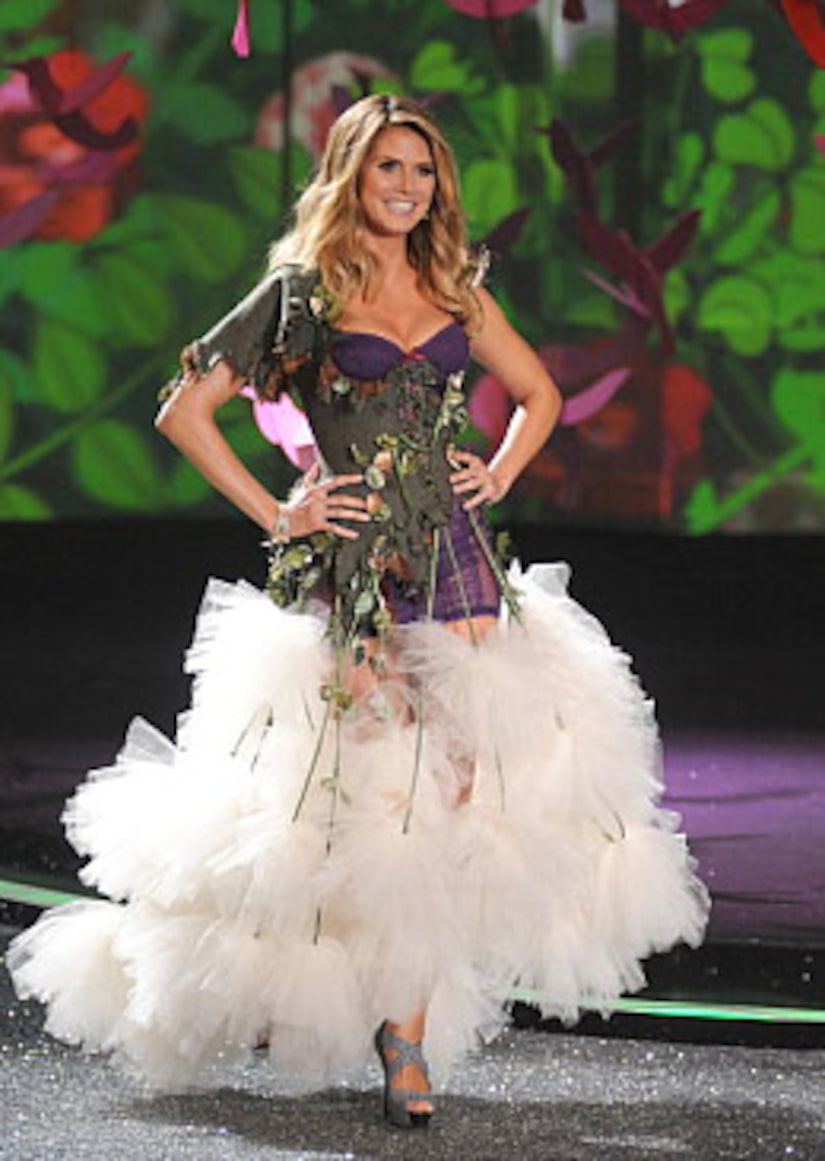 She did it again!

The mom of four, 36, donned a purple corset and puffy tulle skirt. When she appeared on the catwalk, the audience burst into applause.

Check out photos of Heidi Klum through the years

Klum didn't don the $3 million diamond-encrusted bra this year, however. That honor went to Marisa Miller.

So how did Klum drop the weight so quickly?

"I didn't do too much, I have to tell you," she told "Extra" earlier this week. "I do eat very healthy and I drink lots of water and I breastfeed and I'm just very active."

See video of Heidi Klum explaining how she dropped the pounds

This isn't her first rapid return to the runway after giving birth. She donned a jewel-encrusted bikini a few weeks after welcoming son Henry, now 4.