He's worked with the biggest names in Hollywood, like Sean Penn, Tobey Maguire, Seth Rogen and Judd Apatow, but now James Franco is taking a stab at daytime television. The 31-year-old actor is guest-starring on ABC's "General Hospital" for two months -- playing a creepy criminal. Check out this behind-the-scenes footage of Franco with co-star Laura Wright. 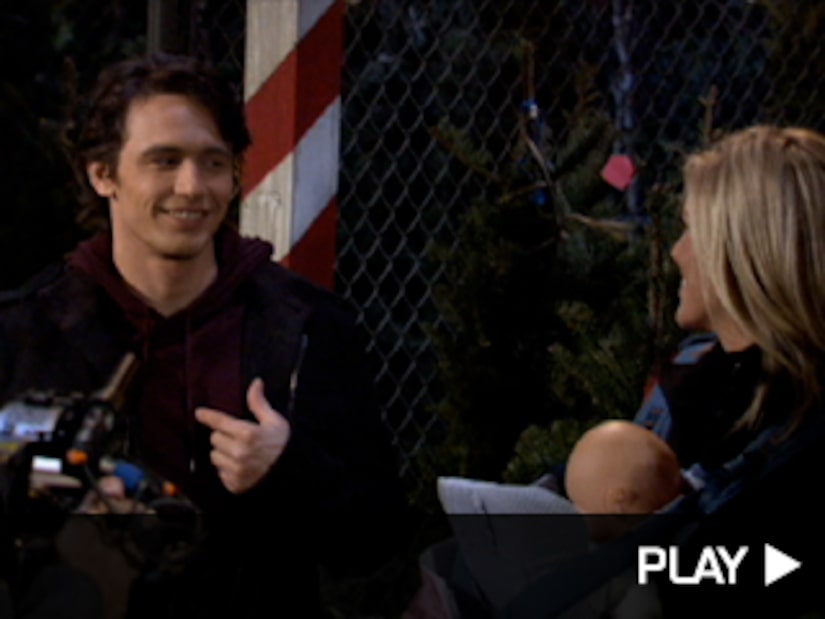