Check out little-known facts about the cast of "True Blood" 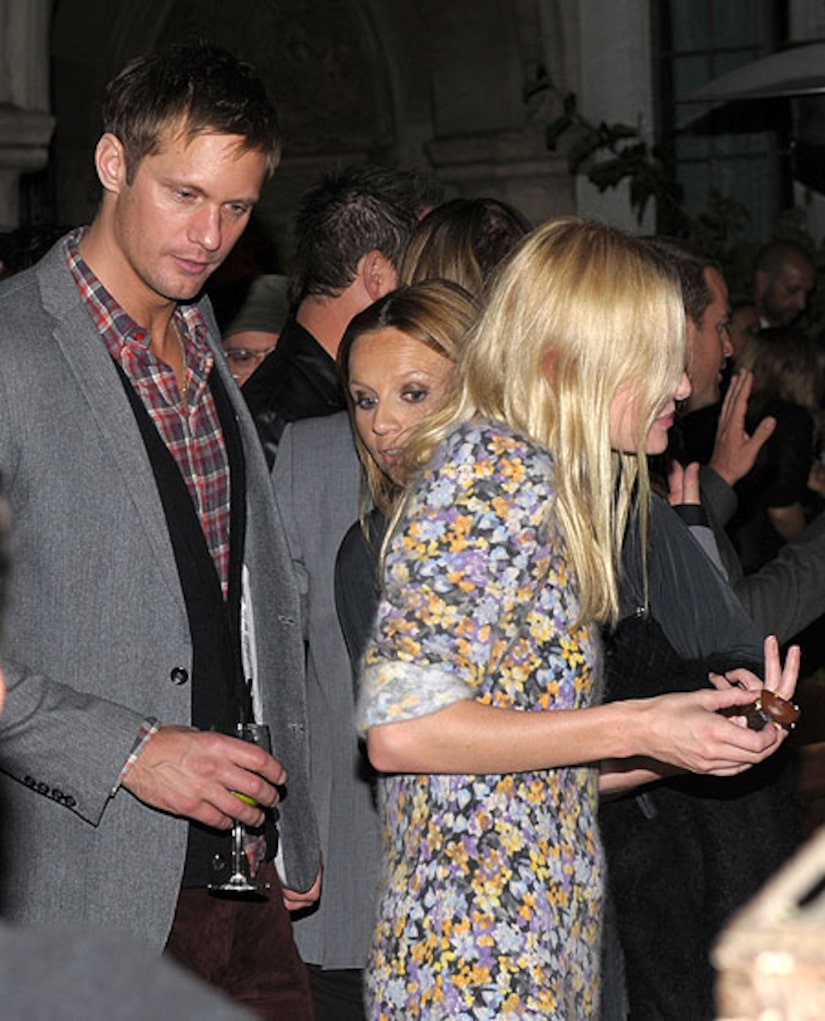 "I'm not dating anyone, those are just rumors," The "True Blood" star, 33, told RadarOnline.com at the GQ Men of the Year party in Hollywood Wednesday.

The only special women in his life, he says, are "my mom and my sisters."

He was later joined inside the party by the 26-year-old "Blue Crush" actress -- who skipped the red carpet. According to JustJared.com, "Alex and Kate were holding hands and seemed like a couple. At one point, they held onto the smalls of each others' backs."

See photos of Kate and Alexander leaving the Scream Awards together

The rumors started after the two were first spotted together at the 2009 Scream Awards. When Bosworth presented Skarsgard with the Best Villain award, they shared a quick kiss onstage, and were later spotted leaving the ceremony together in a white SUV.