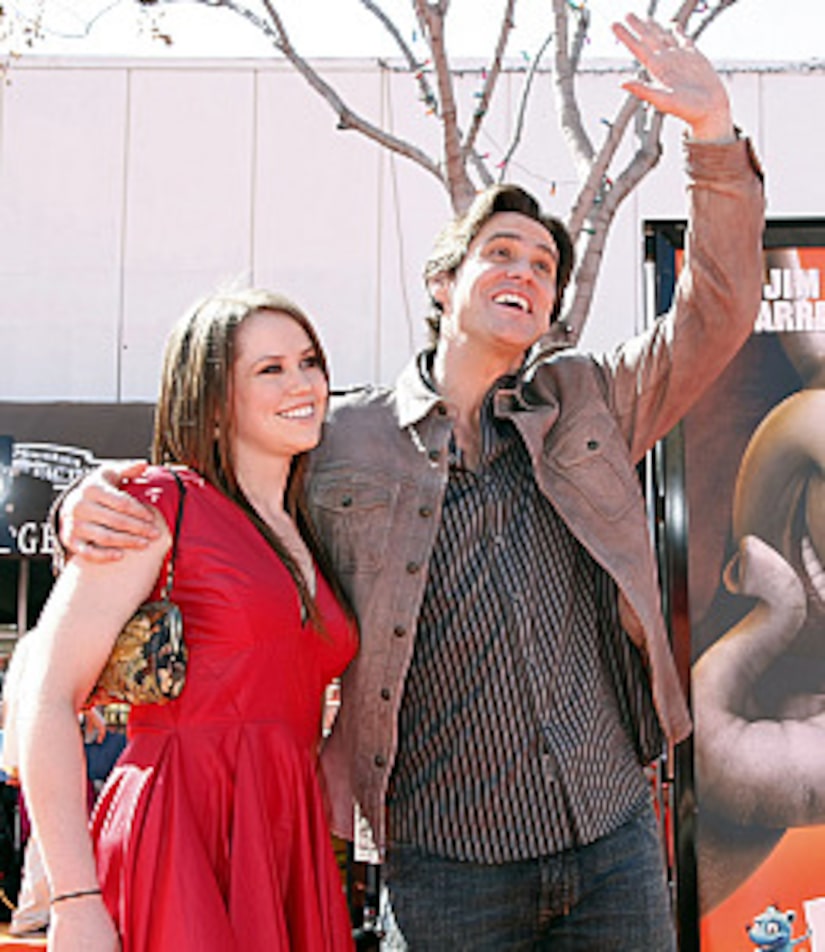 The comic, 47, posted a note on Twitter late Wednesday night: "My Jane is a married woman. Days ago her and my new son in law alex got hitched. The day was simply perfect... lots of love there.. :)"

Jane and her husband, Alex Santana, who is in the band "Blood Money" and goes by the stage name "Nitro," are expecting their first child together, a rep for Carrey announced last July.

"I'm very excited," Carrey told Usmagazine.com of Jane, who is his daughter with first wife, Melissa. "Jane is going to be a great mom."

The "A Christmas Carol" star has no plans to wed his girlfriend of four years, Jenny McCarthy.

"I love Jenny very much, and we have a great relationship. And we've both been married a couple times," he told Larry King. "I like it the way it is, and I think she likes it the way it is."