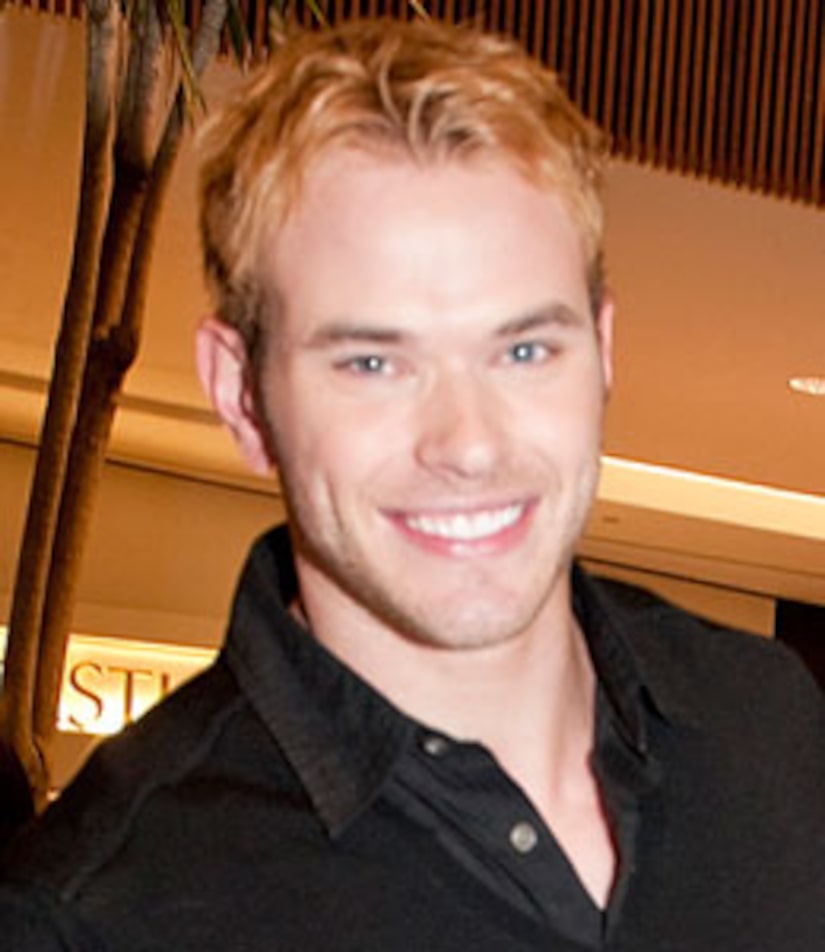 "New Moon" star Kellan Lutz tells Ellen DeGeneres he enjoys the attention from fans, except when he's confronted while in the buff.

On Wednesday's "The Ellen DeGeneres Show," Lutz describes an instance in which he was relaxing naked in a spa when a male fan recognized him. The admirer didn't mind that the 23-year-old was completely naked and said, "You do great work in 'Twilight.' Can't wait to see the new movie!"

Lutz told DeGeneres he thanked the man and tried to excuse himself to cover up -- but the man continued to talk for 10 more minutes.

See Kellan and the cast at the "New Moon" mall tour

"But, at least you're under water," DeGeneres jokes.

Lutz explains, "They aren't that deep of spas."