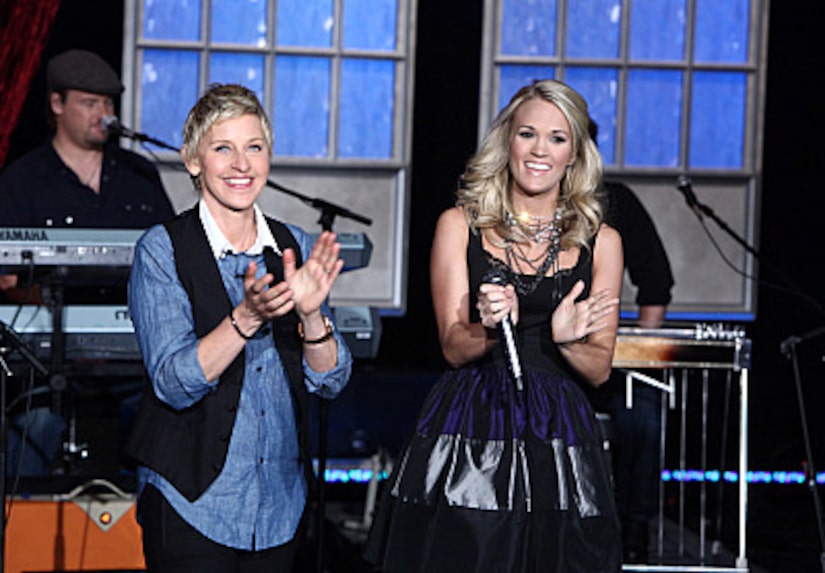 Carrie Underwood tells Ellen DeGeneres she's in no rush to move in with beau Mike Fisher.

"No, call me old-fashioned," she says in an interview to air Wednesday. "He's there. I'm here. We're both doing our thing and it's good. The next guy I move in with will be my hubby... whoever that is. I'm not saying it's going to be him."

Even though Fisher lives in Canada, where he plays for the Ottawa Senators hockey team, he and Underwood "see each other more than people think we see each other," she says.

"We don't go out like publicly -- we just do our thing," Underwood continues.

The "American Idol" winner has been dating Fisher for close to a year.

She had her doubts about Fisher at first.

"We had a friend -- one of my band members was trying to hook us up. He was like, I have this guy for you, I was like, oh that's great. What does he do?" Underwood says.

After hearing he played hockey and doesn't have all of his own teeth because of his rough sport, she gave a thumbs down. His distance from Nashville was another thumbs down.

But now? When DeGeneres asks if she'll "marry him and have babies," Underwood says, "Apparently. I don't know."