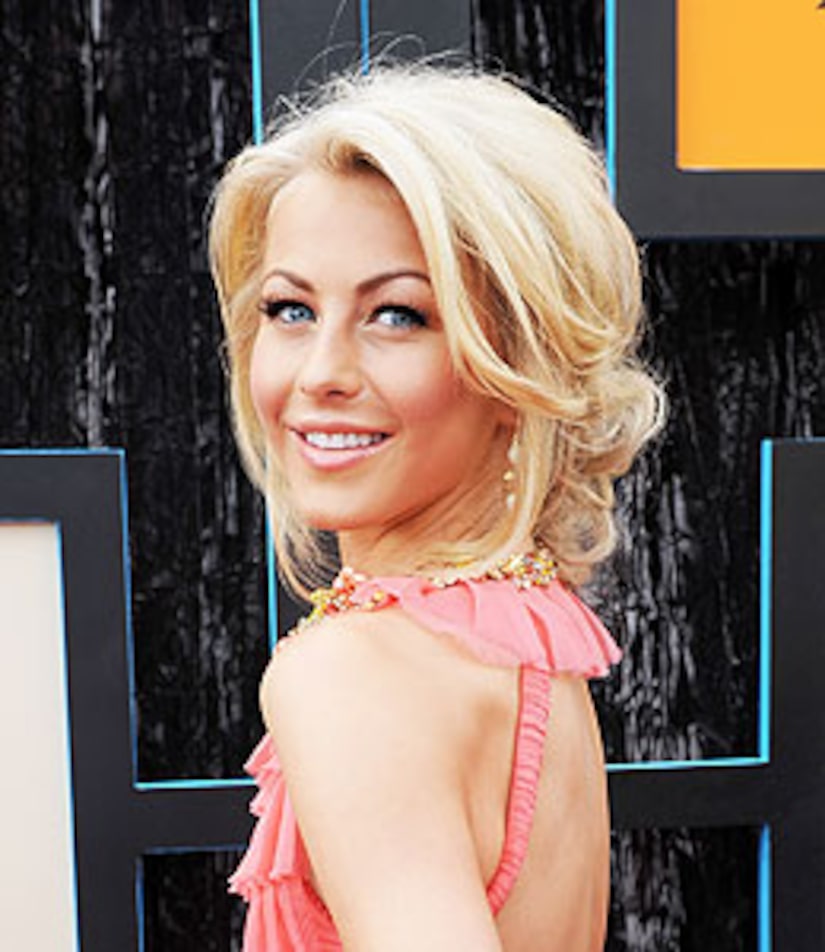 Julianne Hough has made the switch from the dance floor to the silver screen. The professional dancer confirmed on Ryan Seacrest's KIIS-FM radio show Tuesday that she won't appear on next season of "Dancing with the Stars."

Will she ever return?

"We're going to cross that bridge when we get to it... I love the show and in fact, I'm going to do some rallying for my brother right now," Hough, 21, told Seacrest.

The aspiring country singer has turned her focus from dancing to acting and singing. She's currently filming "Burlesque" (out November 2010) opposite Cher and Christina Aguilera.

"It's so awesome. We just shot last week for the first couple days, and basically I'm completely battered and bruised, and it looks like I have rug burn all over my body," Hough said.

She also admitted that while she's "technically" single, she has nothing but love for her ex, Chuck Wicks.

He may even make an appearance on her second album, for which she's currently writing songs.

"There's a few personal things on there," admitted Hough, who earlier this year was named ACM's Top New Artist.