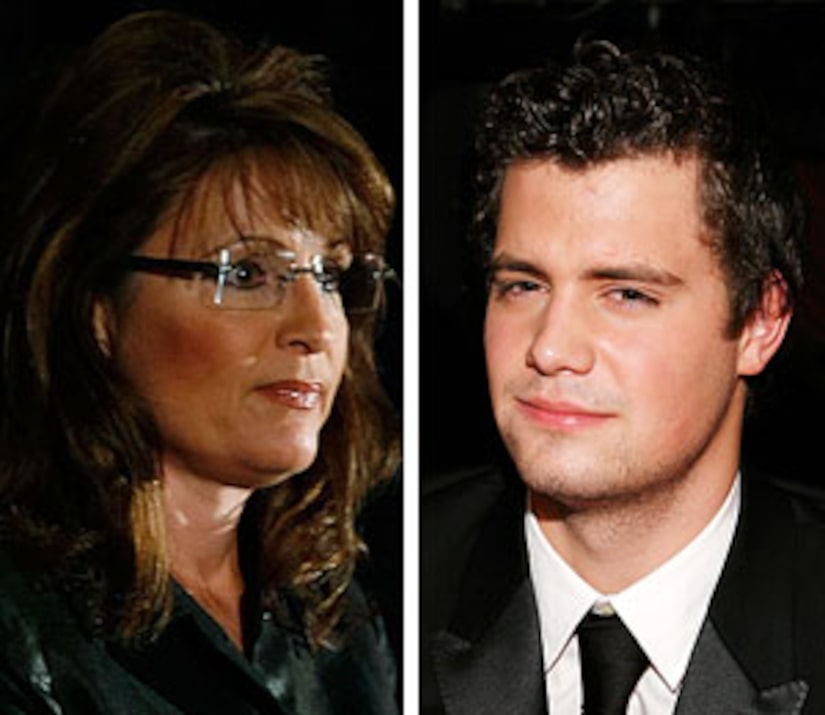 See other feuding families in Hollywood

Palin, 45, says on Monday's "Oprah" that she's disappointed Johnston, 19, decided to bare all in an upcoming Playgirl pictorial, which she dubs pornography.

"I believe he goes by the name Ricky Hollywood now," Palin says, adding that he hasn't been present lately to care for baby Tripp, his baby with Palin's daughter Bristol, 18.

Still, Sarah says Bristol is "doing an amazing job" mothering Tripp while going to college and working. She's also setting an example for young girls and proving "there are consequences to unprotected sex. She is saying, 'Girls, wait.'"

Check out photos of Palin since the Presidential election

The one-time Republican VP hopeful says McCain's camp didn't let her address the news of her daughter's pregnancy as she would have liked during the campaign.

Despite the drama with Johnston, Palin concedes that the teenager will always be a part of her grandson's life -- and therefore hers. Johnston will "forever be the father of this beautiful baby," Palin says.