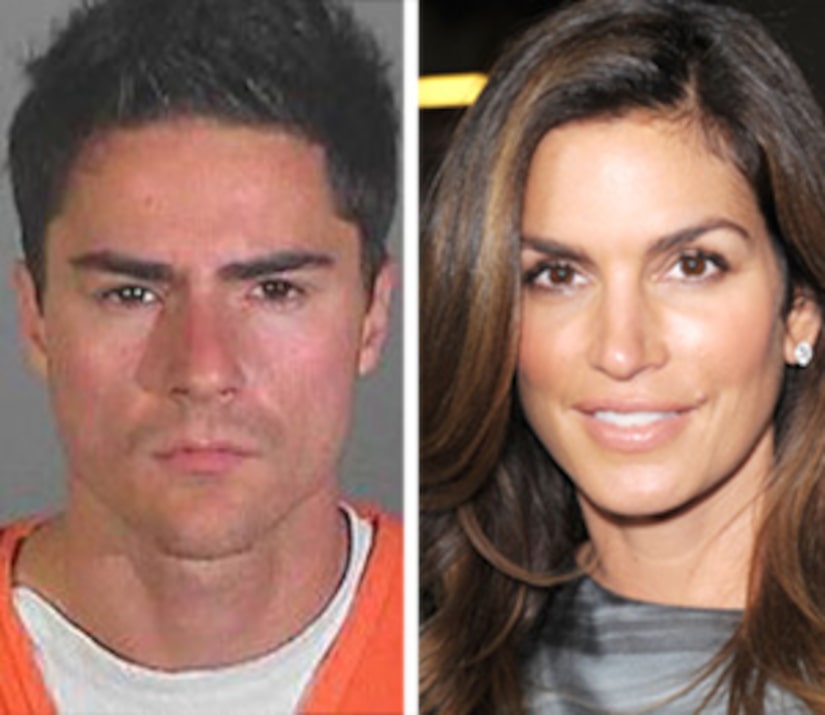 Officials have released a photo of the man who allegedly tried to extort Cindy Crawford and Rande Gerber.

Edis Kayalar is a model for German company HERMAEVENTS, TMZ.com reports. Federal authorities said that Kayalar was arrested and deported to his native Germany after attempting to extort money from the couple to not release a photo of their then-7-year-old daughter, Kaia, bound to a chair and gagged.

Kayalar reportedly attained the photo from one of Crawford's nannies. The supermodel, 43, was unaware her daughter had been photographed in the position, part of the nanny's "cops and robbers game."

A rep for the couple released the below statement Thursday night:

"A criminal complaint was filed today in federal court in Los Angeles by the U.S. Attorney's office and the FBI stating that Rande Gerber and Cindy Crawford have been the victims of an on-going extortion scheme. This crime has been committed by Edis Kayalar, an acquaintance of a former nanny employed by the family. Mr. Kayalar threatened to sell an image taken of the couple's then-seven-year-old daughter. There was no previous awareness by Mr. Gerber and Ms. Crawford of the existence of the photograph when they were contacted by Mr. Kayalar. The photo was taken by the former nanny as part of a purported game without the knowledge of the parents. The couple reported the extortion threat to the police and the FBI began a criminal investigation in the matter. Rande Gerber and Cindy Crawford intend to pursue any and all available legal action against anyone who aids the perpetrator in the distribution or sale of the photograph of their daughter."