"New Moon's" Alex Meraz is spilling to "Extra" about his wolfpack workout routine and the on-set pranks he pulled with co-star Taylor Lautner. Watch the video below. 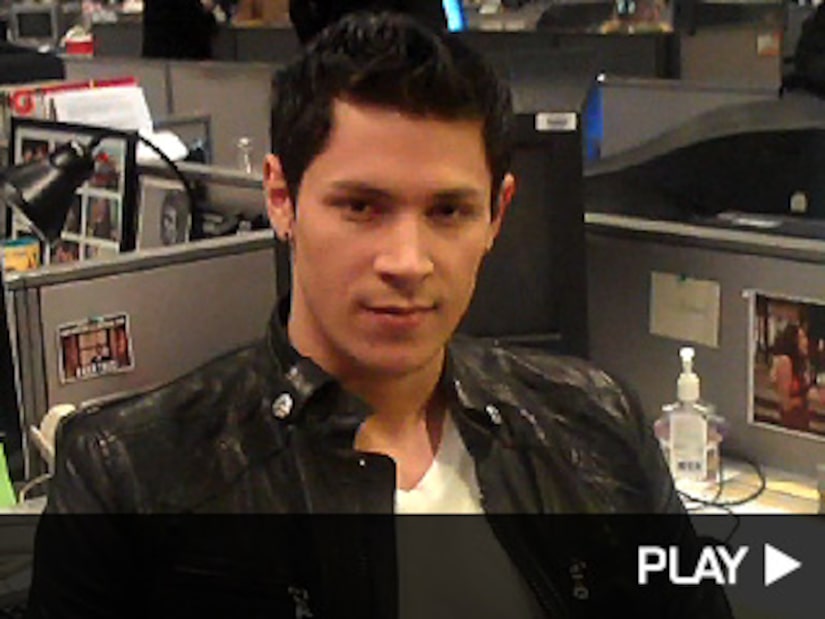 Meraz got those ripped abs with "pretty hardcore" kettlebell routines created by a trainer who starred as one of the Spartans in action flick "300," he says. "The best part is that at the end of the training session, he gave us his red underwear from '300!'" Meraz adds.

See what Taylor Lautner looked like as a kid

The 24-year-old tells "Extra" that he got really close to the wolfpack while shooting the vampire saga, in theaters Nov. 20.

"I really felt like I created a family," he says. "Taylor was always fun. We always went bowling and had dinner. The other guys too. We played jokes in between [filming]."

Pranks included sneaking into Kiowa Gordon's room to wake him up and pretend he was late to set.

"He was nearly in tears, he was so scared," Meraz says. "We always did things like that to kind of have fun."

Watch Meraz's video for a special "Twilight" fan shout-out -- and tune into Extra Friday night for more with the star!