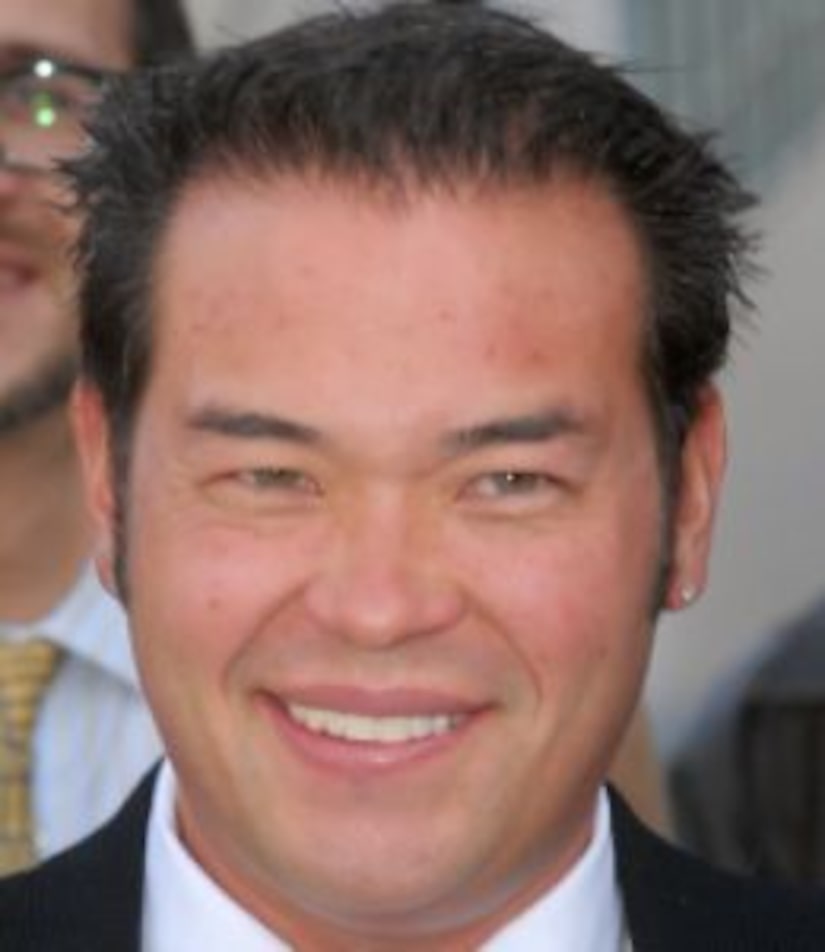 Jon Gosselin's rep is slamming a National Enquirer report that the reality dad made a sex tape and uses cocaine.

"It is truly false," Gosselin's rep tells "Extra." "It's sad that people are picking this up."

The Enquirer claims that Gosselin's bodyguard, Thomas Meinelt, is the one making the claims. Meinelt has been subpoenaed to testify in Gosselin's breach of contract lawsuit against TLC.

Gosselin's former fling, Stephanie Santoro, also tells the tabloid that she heard about the sex tape last month -- while he was still dating 22-year-old Hailey Glassman.

"Tom told me that Jon was secretly videotaped having sex with a woman in Los Angeles in October, and he's seen the tape!" Santoro says. "Tom said people close to Jon put a camera in his hotel room, and paid a girl to flirt with Jon and have sex with him."

She adds, "He also told me he saw Jon snort cocaine on more than one occasion, and that the more Jon got into partying, the more cocaine he used!"

A source tells "Extra" that Meinelt will sue the Enquirer because he's "accused falsely in this whole story."

Gosselin recently arrived in Hawaii to attend the wedding of Shane Victorino, an outfielder for the Philadelphia Phillies.

Jon renewed his vows with estranged wife Kate in Hawaii in 2008.