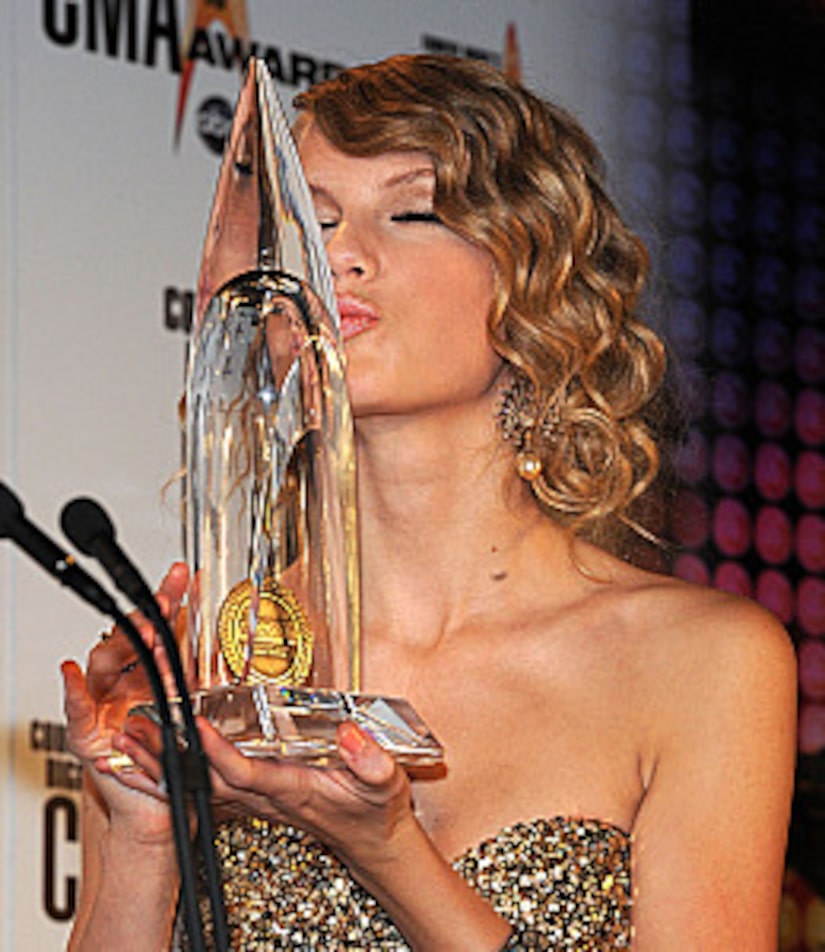 How did Taylor Swift celebrate her big CMA win?

Not by hitting up the clubs!

"Just wrapped up a cereal party with my mom and dad at the kitchen table," the 19-year-old posted on Twitter Wednesday. "What a night."

See 26 pics of what the stars wore to the CMA Awards!

Swift, who made history by becoming the youngest ever winner of the Entertainer of the Year award, also wrote on Twitter, "I have said 'i love you' to so many people tonight. I can't stop hugging people. This is magical."

The running joke of the night? Kanye West's ambush of Swift at the MTV VMAs earlier this year.

Co-hosts Brad Paisley and Carrie Underwood opened the show with an acoustic tune that included lyrics, "Mamas don't let your babies grow up to be Kanye... Cowboys have manners. They don't interrupt."

Swift made her own reference to West when she won the Female Vocalist award, saying, "I want to thank everyone in this room tonight... for not running up on this stage during this speech."