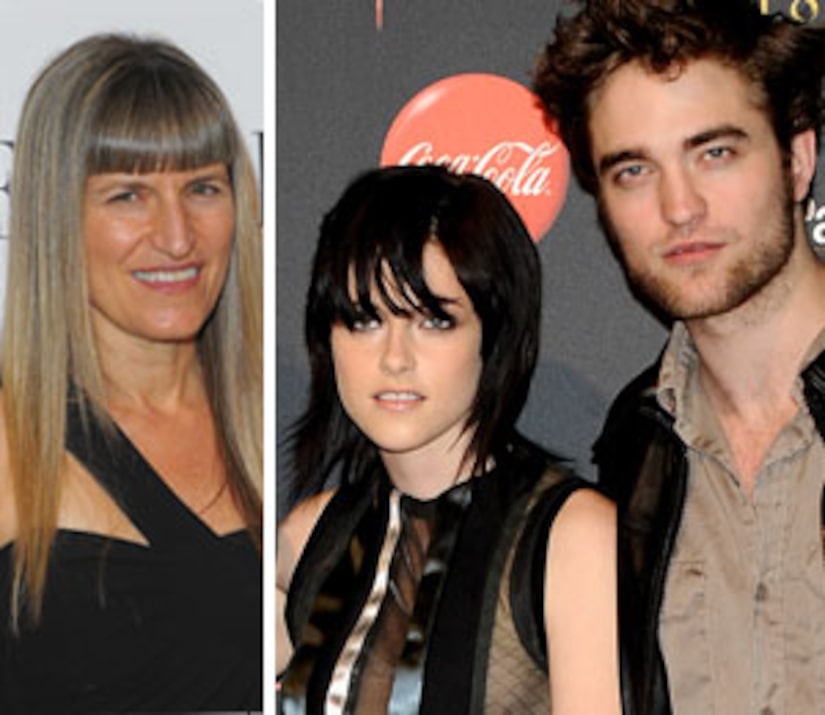 She introduced Robert Pattinson and Kristen Stewart while casting "Twilight" -- and now the director Catherine Hardwicke is dishing about the romance between the two.

See the "Twilight" stars at the film's premiere last year

"In terms of what Kristen told me directly, it didn't happen on the first movie. Nothing crossed the line while on the first film," Hardwicke explains to Time magazine. She adds, "I think it took a long time for Kristen to realize, 'OK, I've got to give this a go and really try to be with this person.'"

Hardwicke recalls a moment where she warned Pattinson about a relationship. "After I cast him, I told Rob, don't even think about having a romance with her... She's under 18. You will be arrested." The film finished shooting shortly after Stewart's 18th birthday.

Pattinson, 23, and Stewart, 19, continue to dodge rumors about a relationship, but the two were spotted holding hands in Paris this week.