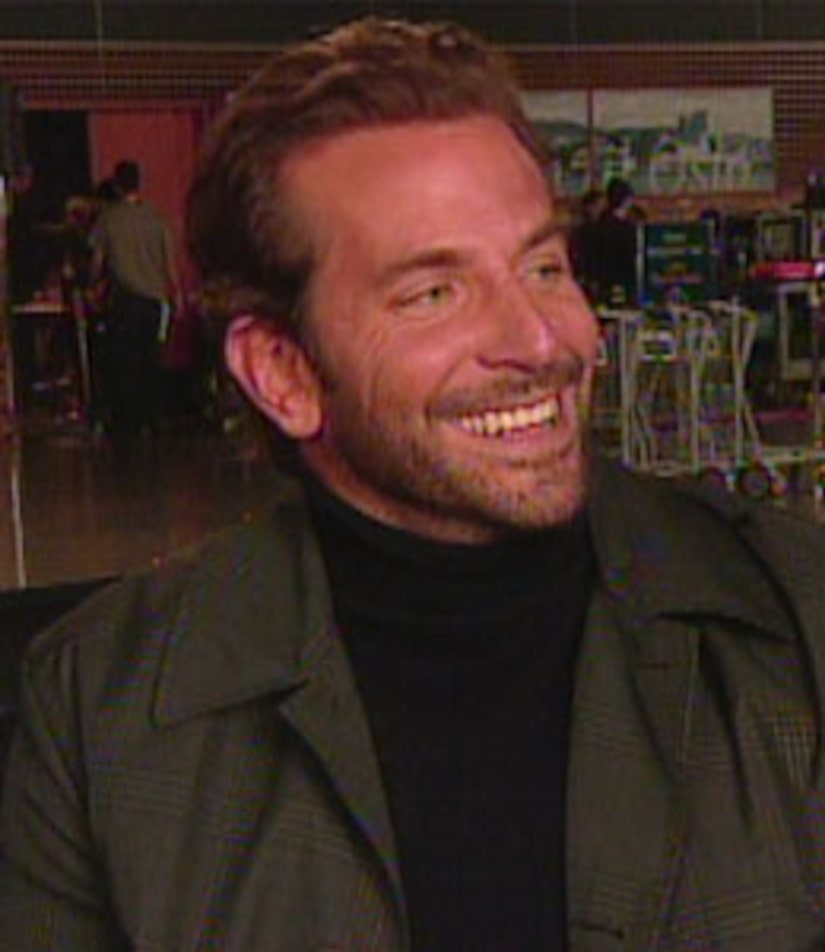 "The A-Team" star Bradley Cooper is transitioning from comedy to action -- and he can't get enough of weapons training.

"Extra" was on the the action flick's Vancouver set where Cooper, 34, says he's learned how to use a 9mm Glock and machine guns.

"I've fallen in love with that aspect [of filming]," says Cooper, who plays Lt. Templeton "Faceman" Peck. He calls being able to shoot a gun, "definitely the coolest thing."

"The A-Team" (out June 2010) is a remake of the 1980s TV show and features Iraq War veterans, instead of the orignial show's Vietnam vets. Cooper says was a fan of the show growing up, but the film is "a different story" while still maintaining "the integrity of the TV show."

"He's the sweetest guy in the world and he makes you feel at ease right away," Cooper says of Neeson. "I admire him so much."

He also says he would love to work with "Alias" co-star Jennifer Garner again and would "jump" at the opportunity to film a movie based on the ABC series.