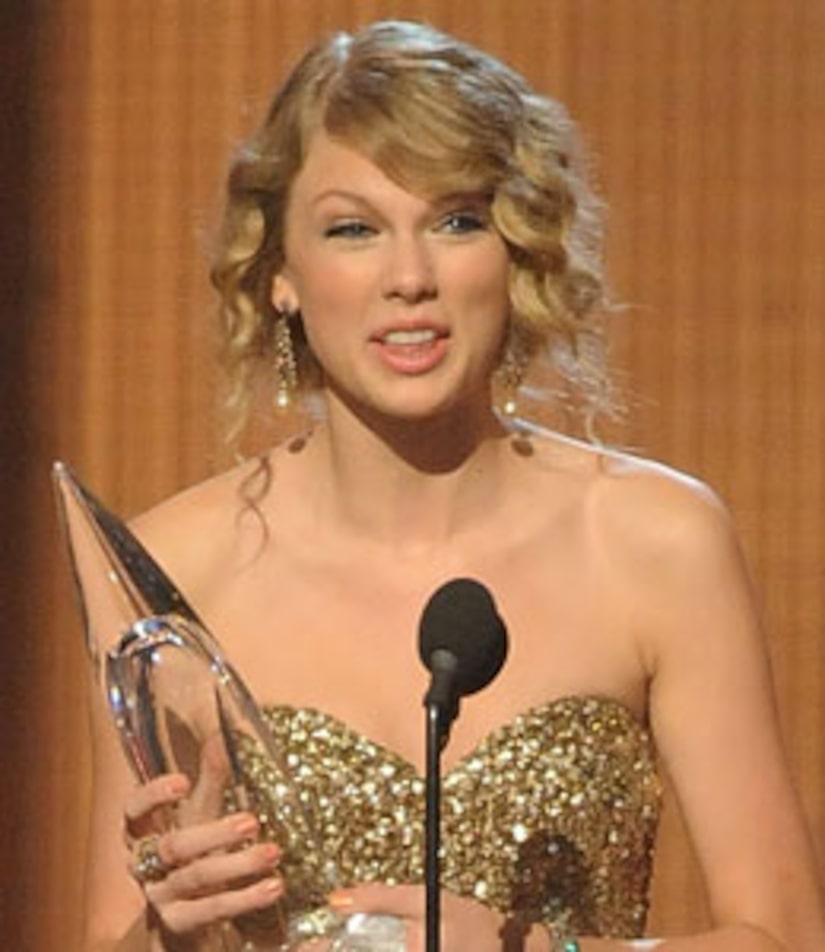 Country darling Taylor Swift made history at the 43rd Annual CMA Awards when she became the youngest star to win the coveted Entertainer of the Year award. She's also the first solo female to win since Shania Twain in 1999.

See Swift, Tim McGraw and other country stars at the CMA Awards

Country couple Faith Hill and Tim McGraw presented Swift with the honor. Just three years earlier, the teen came on the country scene with her debut single "Tim McGraw." "I will never forget this moment, because in this moment, everything I have ever wanted has happened to me," Swift said holding back tears.

The 19-year-old was chosen over Brad Paisley, Keith Urban, Kenny Chesney and George Straight for the award. She thanked her fellow nominees, saying, "Every single person in that category let me open up for them this year. Thanks so much, y'all. I love you."

Swift and Kanye West's Video Music Awards incident was a running joke throughout the show.

Co-hosts Brad Paisley and Carrie Underwood opened the CMAs with an acoustic country song about "real people" and "real life." They sang, "Mamas don't let your babies grow up to be Kanye." Paisley and Underwood added, "Cowboys have manners. They don't interrupt."

Swift made her own reference to West when she won the Female Vocalist award. She concluded her acceptance speech with a jab, " I want to thank everyone in this room tonight... for not running up on this stage during this speech."

Swift won the most of awards of the evening with four statues. Click here for a full list of the winners.