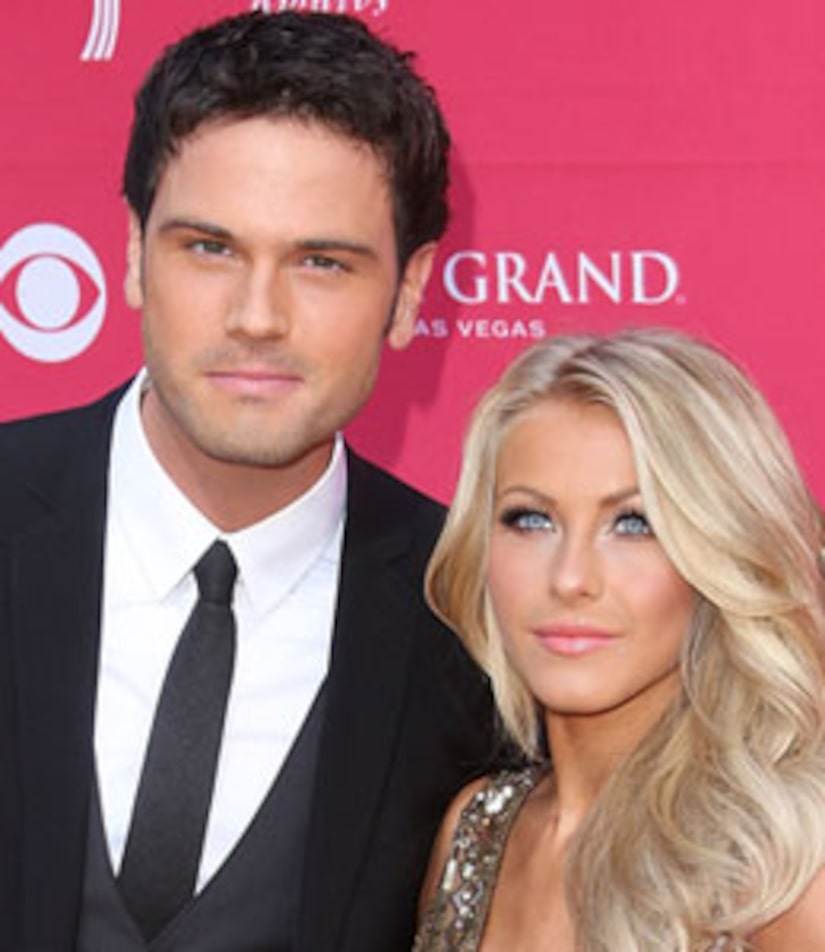 A source tells People magazine, "This was mutual. They needed some time apart."

Hough, 21, is busy filming the remake of "Footloose" while Wicks, 30, is touring.

The two competed together on season 8 of "Dancing with the Stars." In March, Hough told "Extra" it was tough juggling their relationship with the "Dancing" practices, performances and hectic touring schedules. "We keep our sanity and we're rockin'," Wick added. He also confessed the couple had discussed marriage plans.

Watch the two rehearse for "Dancing with the Stars"

Hough and Wicks are both expected to present at the Country Music Awards this Wednesday.