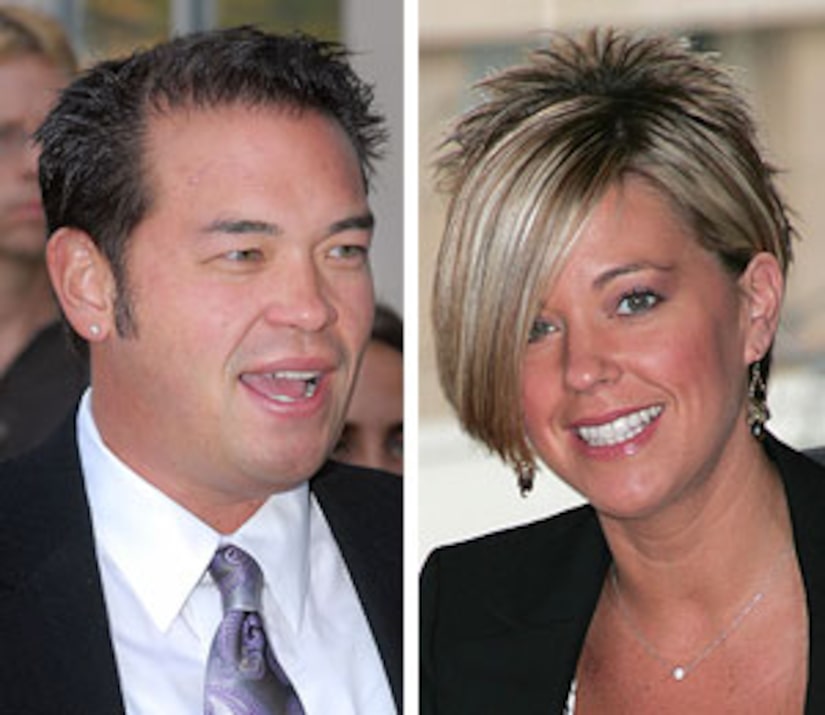 Jon and Kate Gosselin are putting their contentious divorce battle on pause to celebrate Christmas with their eight kids.

"Christmas Eve and Christmas day are joint-shared custody days, which means we're both in the house," Jon, 32, tells PopEater.com. "So we'll be there."

See photos of Jon and Kate's Fourth of July reunion

The father of eight admits he still has a lot of work to do before December 25 arrives -- but that doesn't include wrapping gifts!

"I haven't started my Christmas shopping yet. Don't put pressure on me! It will probably be all Internet based this year, pre-wrapped," Jon says. "You know, I'm a guy, when there's free gift wrap, I'm like, 'Yeah, yes please.'"

Gosselin also says he'll be spending "half the day" with his kids on Thanksgiving, and he's looking forward to whipping up dessert -- a Gosselin family tradition.

"On Thanksgiving I make apple crisp, that's like my thing. They always ask for it," Jon says of his kids. "They do like apple picking and make cider, all the Pennsylvania stuff that we've been doing for years anyway. We still keep those traditions."

Check out some of the Gosselins' nastiest battles

Jon won't be the only cook in the kitchen for the holidays. "On Christmas Day... Kate makes sticky buns. We keep it all the same. Nothing has changed."