The cast of "Glee" has covered hits from artists such as Christina Aguilera and Journey -- and now they've set their sights on the King of Pop. 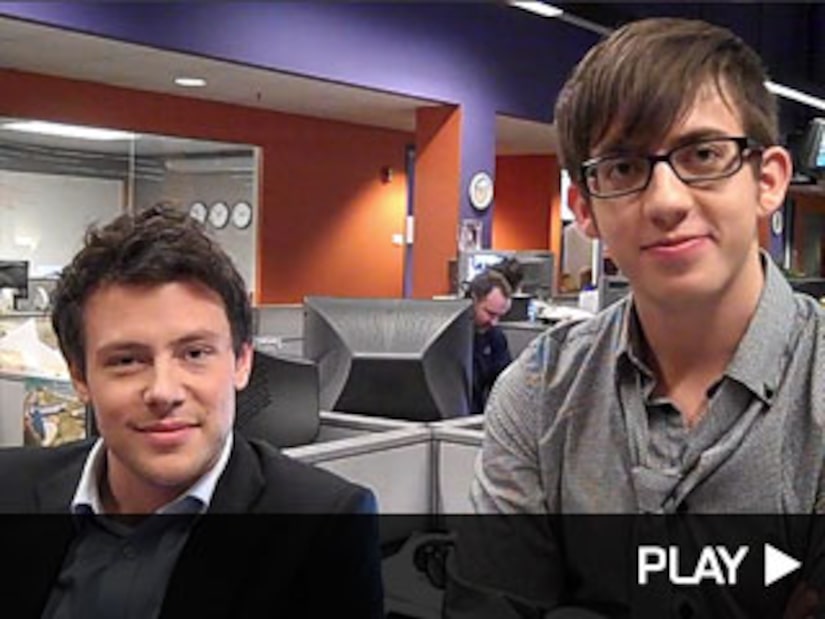 Co-star Cory Monteith, who plays football player Finn Hudson, agrees -- and thinks it's the perfect way to pay respect to Jackson, who died in June 2009. "It's such a great time to pay homage to such a brilliant artist."

Choosing a Jackson song to cover may seem daunting, but Monteith, 27, already has one in mind.

"I think it should be 'Thriller,' but a dream sequence," Cory says, "and Artie is dreaming and he busts out of the chair and tears up the dance floor." McHale, 21, chimes in, "All I want is the short pants, white socks and loafers -- that's what I wear anyway."

Check out the best song-and-dance numbers from "Glee"

Rumors have been circulating that Monteith has been cozying up to Lea Michele, who plays Glee club star Rachel Berry -- but the actor is remaining mum on the nature of their relationship.

"What rumors?" Cory says when asked about the romance whispers. "It's incredible -- as soon as people get on television, rumors pop up." When pressed about being single, Monteith turned and asked McHale, "Are you single?" McHale responded, "I'm single if you're single."

"Glee" remains Cory and Kevin's main focus, but the actors have big aspirations for the future -- including a jump to the silver screen and recording albums.