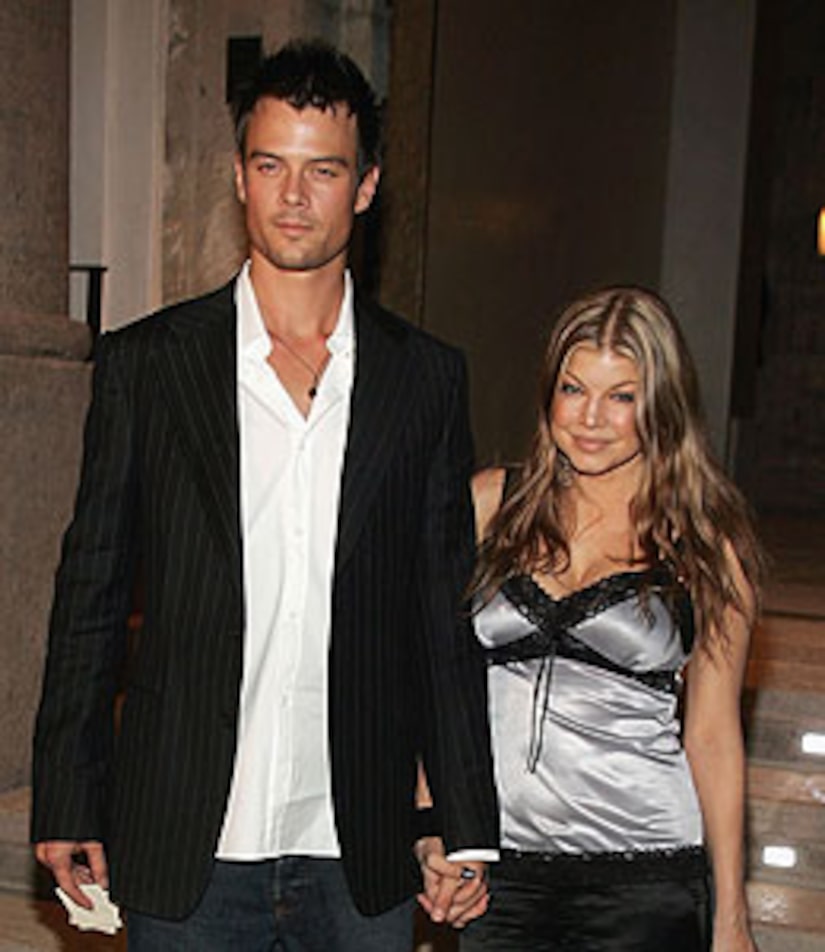 Fergie continues to stand by her man Josh Duhamel as an Atlanta stripper accuses him of being unfaithful -- but the singer recently revealed that "cheating" has no place in her relationship.

Fergie, 34, tells the December-January issue of the Advocate, "I learned through talking with my therapist that it is still cheating even if it's with girls, so there is a rule there."

Check out some of Fergie's wildest looks

The Black Eyed Pea says she's bisexual -- and has been "open and honest" with Duhamel, 36, from the beginning.

"I think women are beautiful, I've had a lot of fun with women, and I'm not ashamed of it," Fergie says. "The problem is that I also love a well-endowed man. But just because I enjoy women doesn't mean I'm allowed to have affairs in my relationship."

She says that the couple has brought a video camera into the bedroom -- but they won't be releasing any sex tapes.

See photos of Josh Duhamel through the years

"We're too smart for that," Fergie says. "We've done some filming but with no tape in the camera."

Nicole Forrester, a stripper from Atlanta, claims to have had sex with Duhamel while he was in Georgia filming "Life As We Know It." Duhamel has repeatedly denied the claims, calling Forrester's accusations "ridiculous."