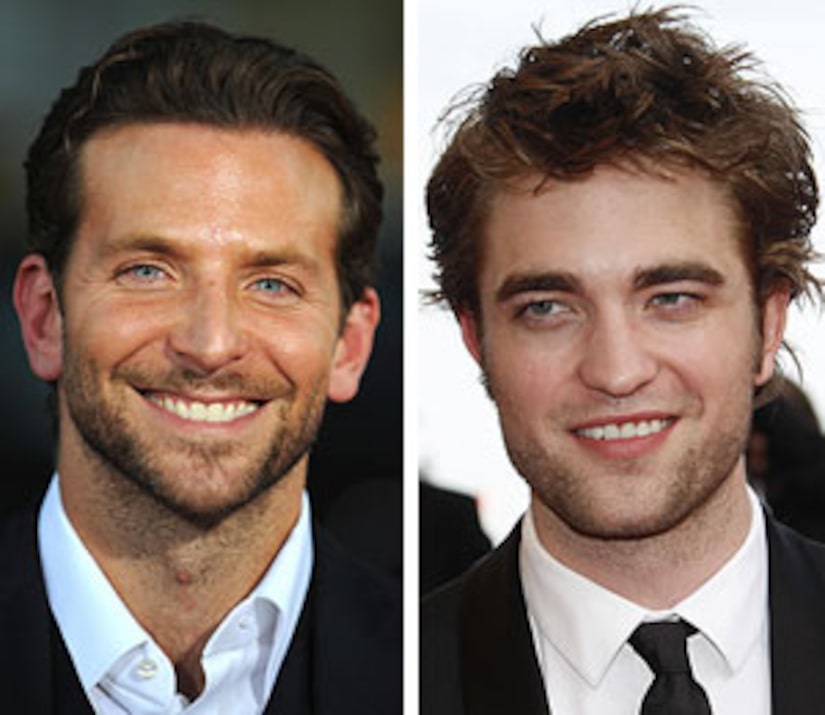 Check out photos of Pattinson through the years

Pattinson recently told "Extra" he was "envious" of Cooper's hair, and compared it to Jack Nicholson's. When asked about the comparison, Cooper, 34, jokes, "I think he was probably making fun of me."

Rumors continue to circulate that Cooper is bringing girlfriend Renée Zellweger home to meet his family over the holidays -- but Cooper is staying mum about his plans with Zellweger.

See photos of Cooper and Zellweger jet-setting together

When asked if he was bringing "a certain somebody" home to meet his family, Cooper coyly responded, "No, my parents have met Sampson and Charlotte, my beautiful dogs."