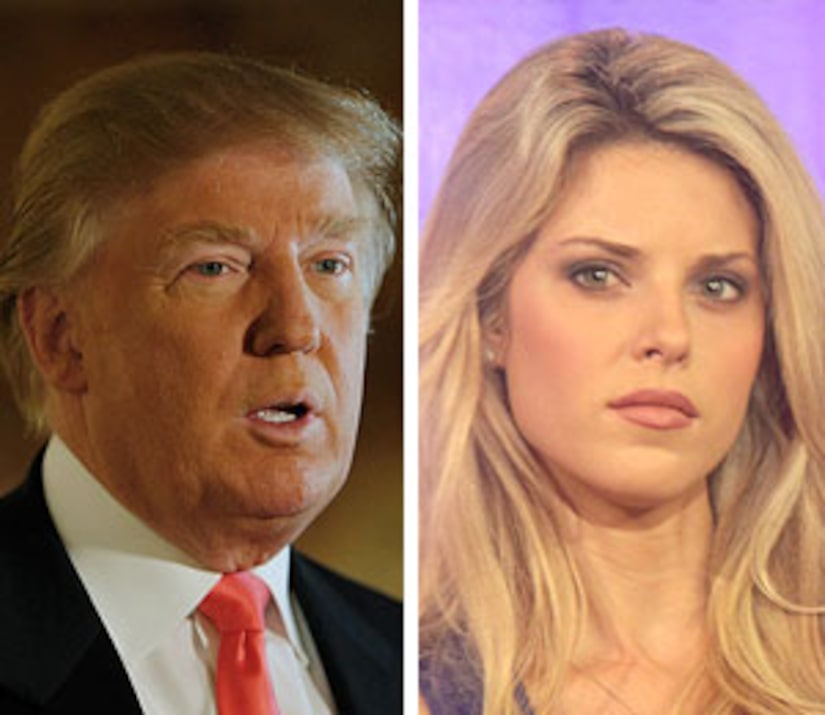 Trump, the head of the Miss USA Organization, disputes the claim that Prejean makes in her book "Still Standing: The Untold Story of My Fight Against Gossip, Hate, and Political Attacks" -- that the Donald divided up pageant contestants based on looks.

"Carrie should be ashamed of herself," Trump tells "Extra" of the 22-year-old ex-beauty queen. "Certainly I would never do a thing like that, because it would be too hurtful. I don't stand the ones that are less attractive to one side, and the beautiful ones on the other side. It was total nonsense -- it was fiction in her imagination... I don't even know how she came up with an idea like that."

He adds, "She should not have written that in the book."

"She's trying to act like she's a nun... so maybe she should release the sex tape and people would see whether or not she is a nun," Donald tells "Extra."

At the end of the day, Trump chalks up Carrie's revelations to self-promotion.

"She's trying to sell a book," Trump explains. "She's doing the best she can... I can't imagine too many people would be interested in it, but you never know what sells these days."