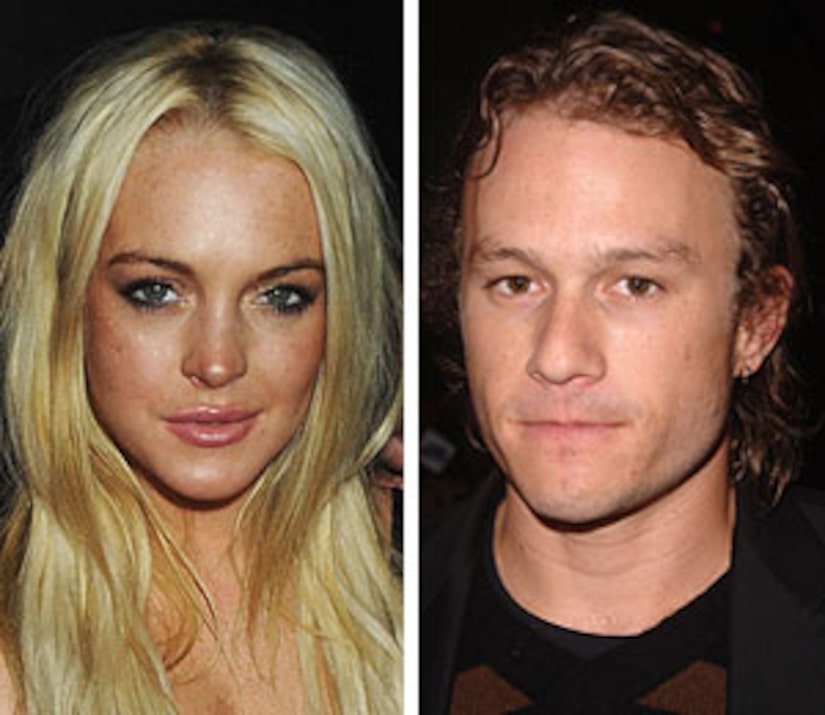 In a shocking revelation from the Lindsay Lohan tapes, the actress' mother confirms that Lohan, 23, was "dating" Heath Ledger when he died in January 2008.

In an undated phone conversation obtained by RadarOnline.com, Dina tells her ex-husband Michael, "I don't know if you know that, but I know 'cause I would drop her off and they were friends very, very close, okay?"

Lindsay's mother goes on to say that she believes the actor's death "f---ed" the starlet up -- and she was afraid that without intervention, Lindsay could share Ledger's fate.

"Because when she's drunk or takes an Adderall with it she will do something like Heath Ledger did in a second without thinking," Dina tells Michael.

Heath died in January 2008 of an accidental drug overdose. Four months prior to his death, he had separated from his fiancée Michelle Williams -- with whom he had daughter Matilda, 4.

Dina also vocalizes her concern about Lindsay's up-and-down relationship with Samantha Ronson -- and wonders if Lindsay will ever be able to cut ties with the deejay.

"It's very easy for a rational person to say. But for an irrational person who has a problem with her DNA and alcohol and Adderall and asthma and every other things she's got wrong with her," she says.

Michael told reporters earlier this week that he would continue to release recordings about his daughter "until Lindsay goes to rehab."