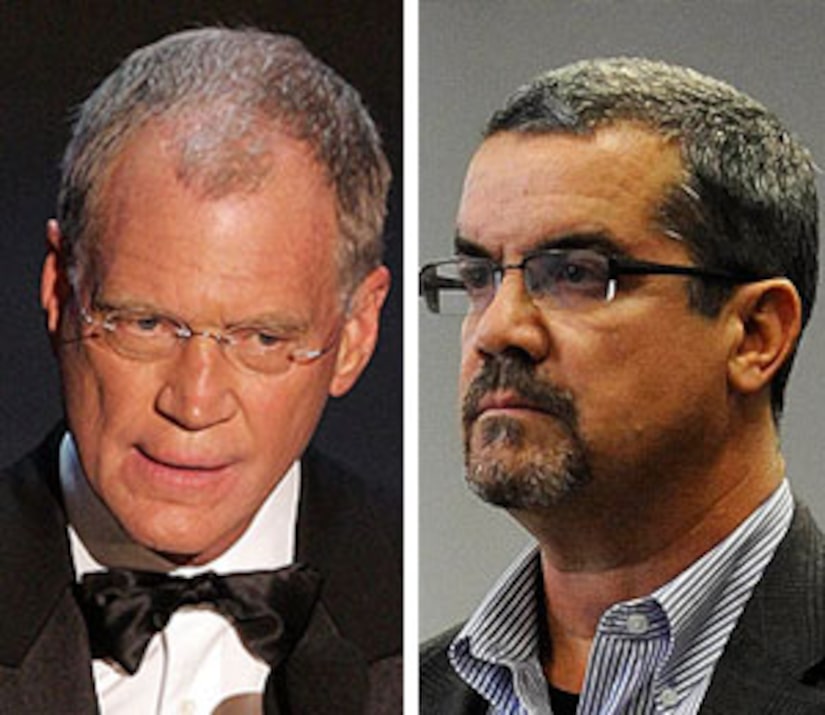 A lawyer for the producer who allegedly tried to extort $2 million from David Letterman appeared in a New York City court Tuesday and asked that a judge dismiss the case.

Attorney Gerald Shargel says his client Robert "Joe" Halderman was just trying to sell a screenplay when he reached out to Letterman.

"There was no extortion. There was a screenplay for sale," Shargel said, according to the Associated Press. There was a commercial transaction. Nothing more."

Charged Letterman's lawyer, Daniel Horwitz, "It's classic blackmail, no matter how Mr. Halderman's lawyer wants to dress it up."

Shargel says the prosecutor's case "infringes on Halderman's basic First Amendment right to author and/or sell a book" and asked the court to dismiss the indictment.

On Oct. 1, Halderman was arrested on an attempted first-degree grand larceny charge after prosecutors alleged he demanded money to keep quiet about Letterman's sexual affairs with female co-workers. He pleaded not guilty. He could face up to 15 years in prison if convicted.

Letterman admitted his sexual relationships on the "Late Show" when he revealed the extortion attempt.