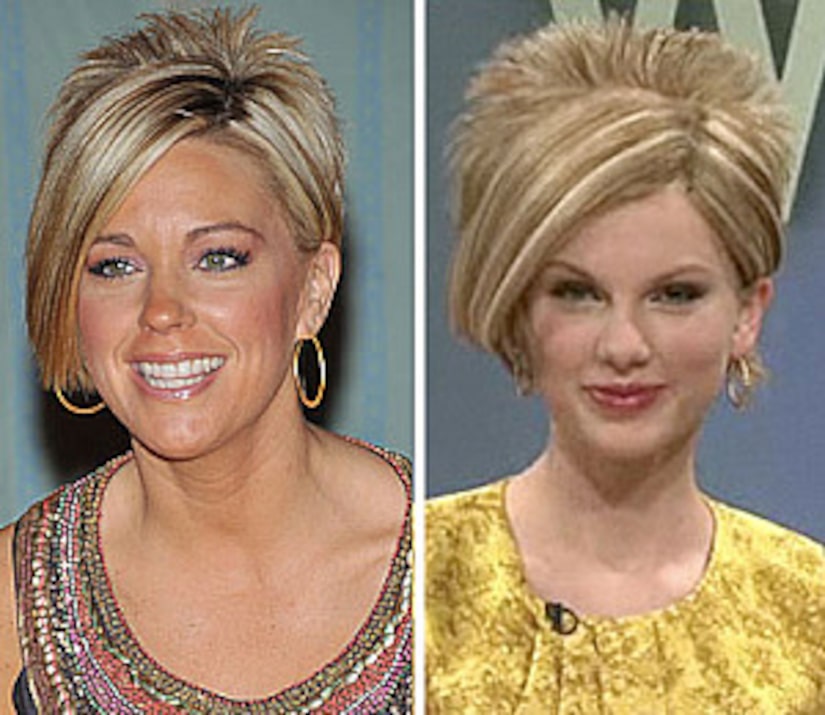 "I feel like this was the best week of my whole life -- ever!" the country singer, 19, told castmember Jason Sudeikis in a backstage interview minutes after the show ended.

Swift said the highlight of the show was shooting digital short "Firelight," a parody of "Twilight," with Bill Hader.

Check out the "Twilight" spoof

"It was really hard for us to stop laughing," she says.

Her fave character to play was 'Sammy,' a sarcastic teen with "heavy-duty headgear" who makes fun of her parents' driving skills. She also calls impersonating Shakira "funny."

One regret: that she wasn't more well-spoken while saying good night as the curtain dropped.

"I think I wanted to say that this was literally my favorite thing that I've ever done in my whole life," she says.