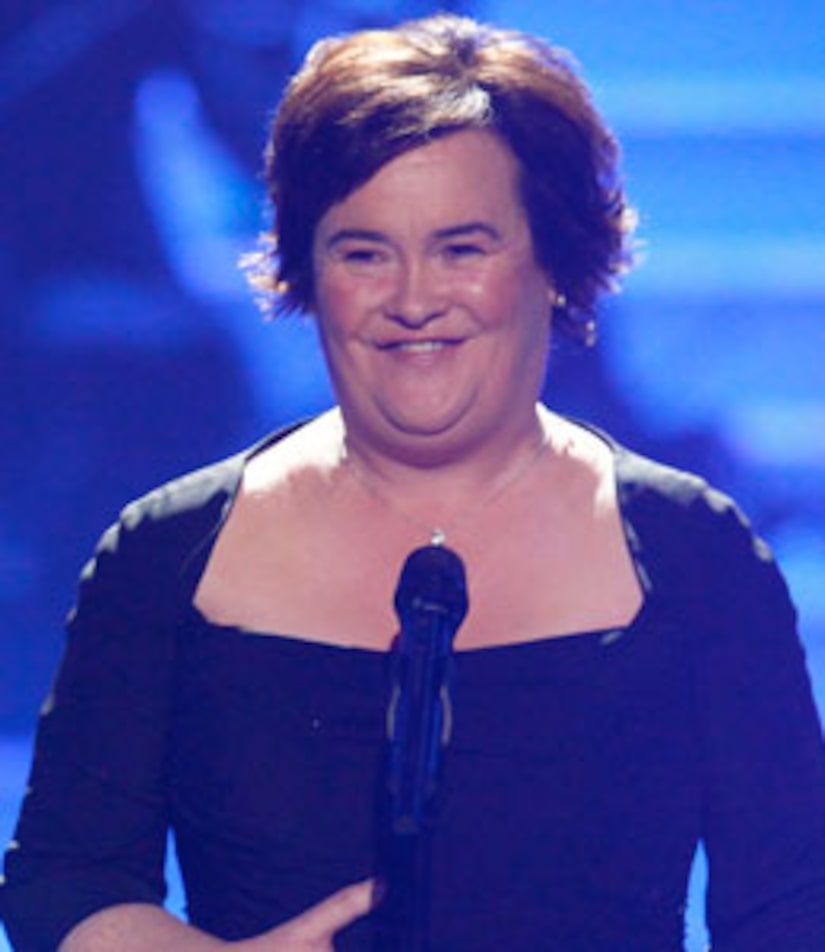 "Britain's Got Talent" finalist Susan Boyle will sing on an upcoming episode of "Dancing with the Stars."

The Scottish songbird will tape her performance in L.A. early next week. It's likely Boyle, 48, will perform a song her upcoming album, "I Dreamed A Dream" -- in stores Nov. 24.

In July, "Britain's Got Talent" judge Simon Cowell dished to "Extra" about Boyle's debut album. "We're not going to throw out some souvenir album of show tunes. We went through about 350 to 400 songs to choose from. She was blown away by some of the song choices and she's going to surprise a lot of people with this record," Cowell touted.

Boyle made her US television debut on the finale of "America's Got Talent" in September.