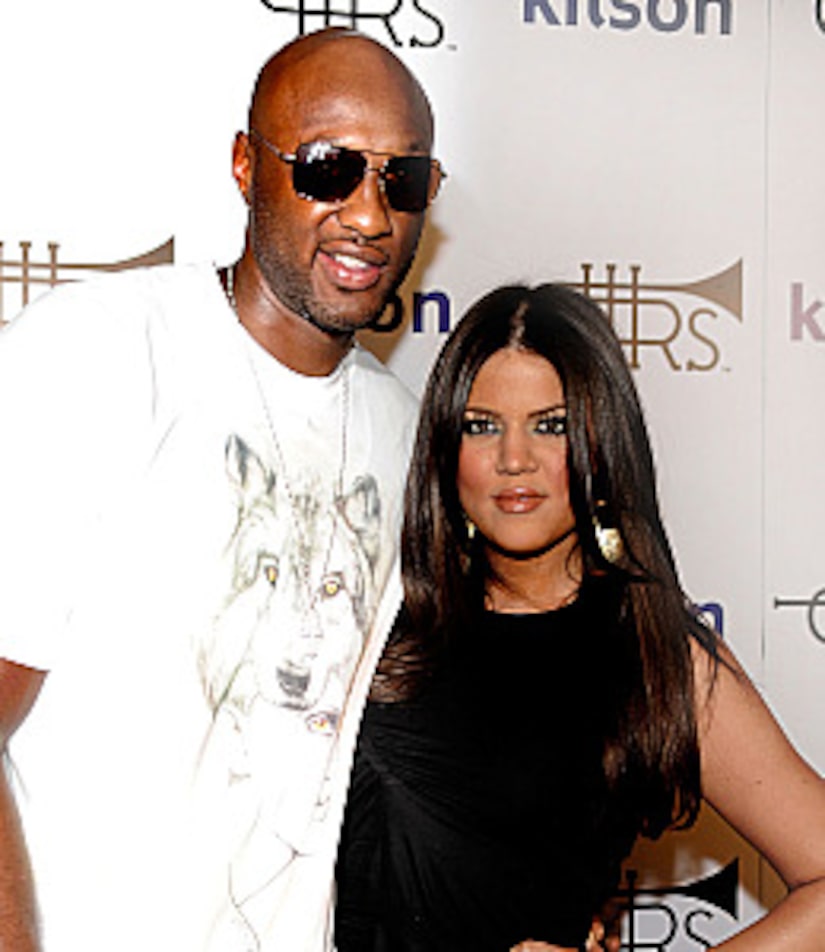 Kourtney may not be the only Kardashian sister with a baby.

When asked by host Chelsea Handler if he wants babies "right away," he responded, "I do."

Khloe also revealed that her mom, Kris, planned their September wedding in just nine days. The couple dated for only 32 days before walking down the aisle.

"We got married exactly a month from the day that we met," Khloe said. "I personally didn't want a huge wedding. I wanted to keep it quiet. But my mom.... Kim eloped, so Kim kind of ruined it for me. So we had to do the big wedding for Kris, and she took full advantage of it."

(Kim wed producer Damon Thomas when she was 19. They split four years later.)

Handler joked that Odom was "emotional" while Khloe "texted" at the event.

So far, married life "is beautiful," said Odom, who is currently house hunting with his bride.

The couple's wedding airs on a two-hour special on E! this Sunday. And, if Ryan Seacrest gets his way, they may be on TV a lot more often.

Khloe says that Seacrest, who produces "Kourtney and Khloe Take Miami" and "Keeping Up With the Kardashians," wants the newlyweds to have their own reality show.

"Ryan has been talking to us about it," Khloe said. "Right now we have so much going on. We have to get through the holidays."