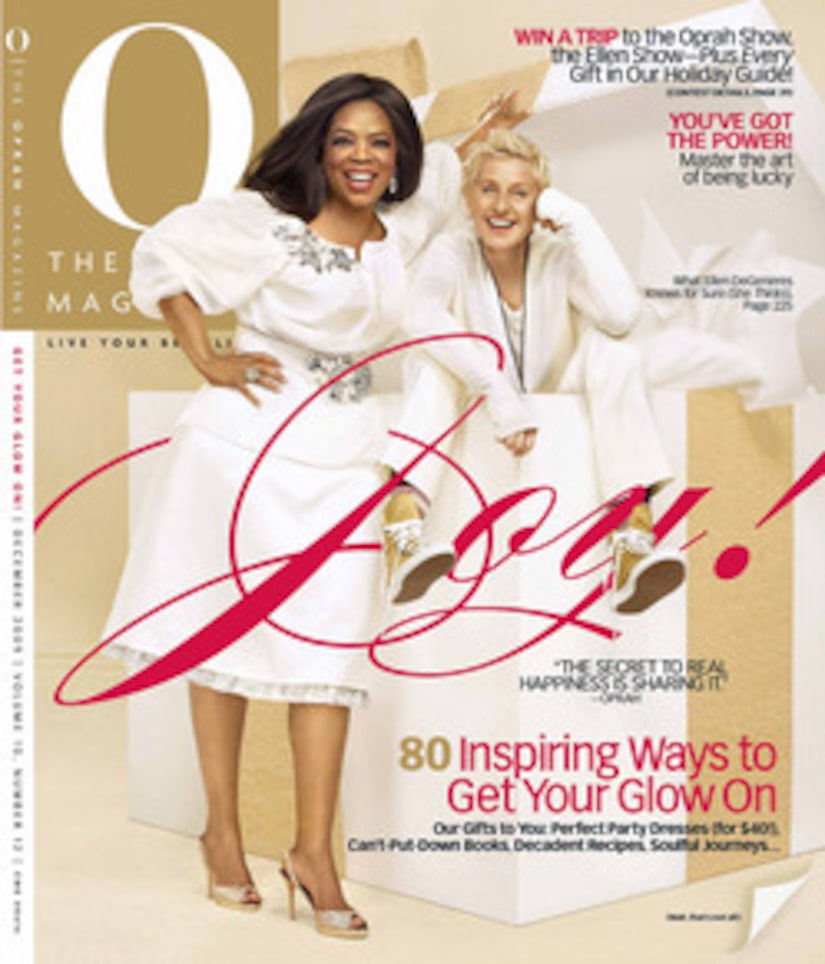 The talk show hosts pose in all-white for two different covers shot by Ruven Afanador. For the subscriber cover, DeGeneres pops out of a gift box that Winfrey appears to open. DeGeneres pours Winfrey a drink on the newsstand cover. The December issue hits stands Nov. 12.

On Friday, Winfrey and DeGeneres brought 1,000 issues of their new mag to Chicago's Water Tower Park.

"Hey Chicago. I can't wait to meet my BFF Oprah at the Water Tower Park in a little while. You coming?" DeGeneres posted on Twitter.

Winfrey says that when DeGeneres arrived for the cover shoot, she "didn't have to ask her how she was doing: it showed on her face. She radiated the kind of peace and satisfaction that comes only when you're living at your highest potential."

"Extra" has behind the scenes footage of the lighthearted shoot, to air Friday.

"This was your idea?" jokes Winfrey.

Quips DeGeneres, "I forced you into it."