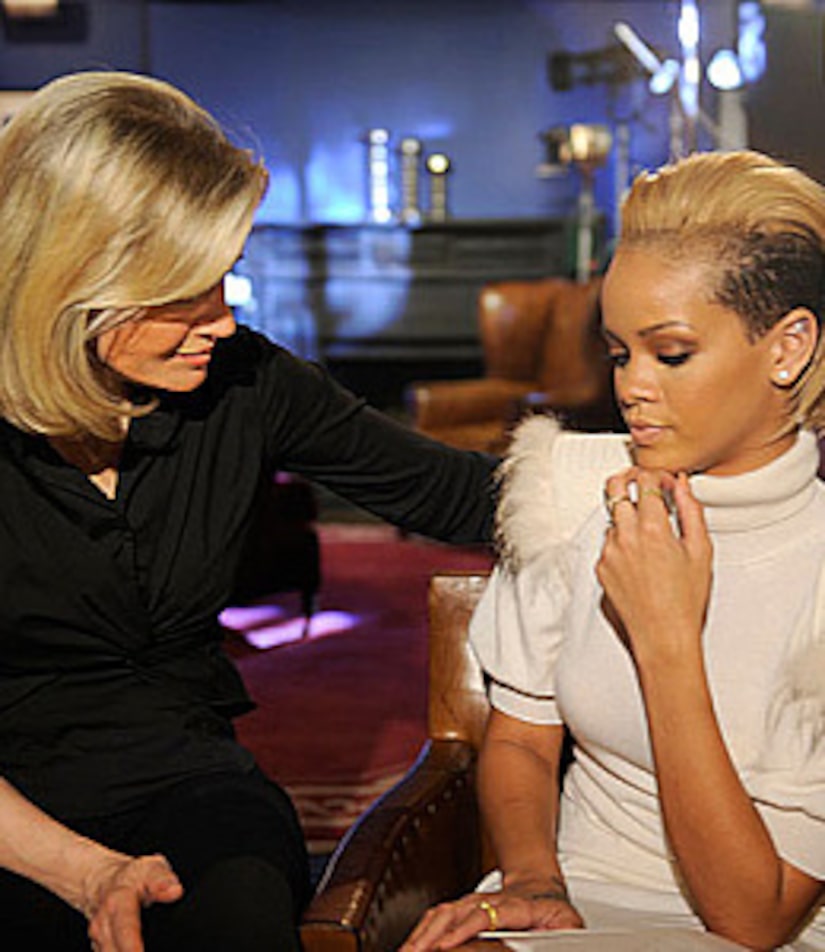 Rihanna opened up about the abuse she suffered at the hands of Chris Brown for the first time in an interview with Diane Sawyer on "Good Morning America" Thursday.

"So far in love. So unconditional that I went back," she says. "It's humiliating to say this happened. To accept that? It's a traumatizing experience."

Rihanna admits that it took her "8 or 9 times" to finally leave Brown.

"It's pretty easy to go back," she said. "You start lying to yourself. The physical wounds go away. You want this thing to go away. This is a memory you don't want to ever have again."

Added the singer, whose next album, Rated R, hits stores Nov. 23, "I stayed. I even went back after he beat me, which was wrong. But again ... I'm a human being and people put me on a very unrealistic pedestal. And all these expectations, I'm not perfect.

"It's completely normal to go back. It's not right. I learned the hard way, but again, this is what I want people to know," she said. "When I realized that my selfish decision for love could result in some young girl getting killed, I could not be easy with that part. I couldn't be held responsible for going back.

Rihanna said the eight months following the February attack have been the "most lonely times ... nobody understands what it's like."

But she realized the way she reacted after the assault could affect her young female fans.

"Even if Chris never hit me again, who is to say that their boyfriend won't? Who's to say that they won't kill these girls?" she said. "These are young girls and I just didn't realize how much of an impact I had on these girls' lives until that happened."

Meanwhile, Brown -- who was sentenced to community labor and five years of probation and has been ordered to stay 500 feet away from Rihanna -- says in a new MTV News special that he's "confused" about the public's perception of him.

"Like, I think with my fans, they still love me, they support me, definitely. You have those people who will support you. So it's kinda like 50/50 for me," he says in an interview to air Nov. 6. "I got the people that will come out and support and then the people that don't wanna see me do anything. They basically want me in jail."