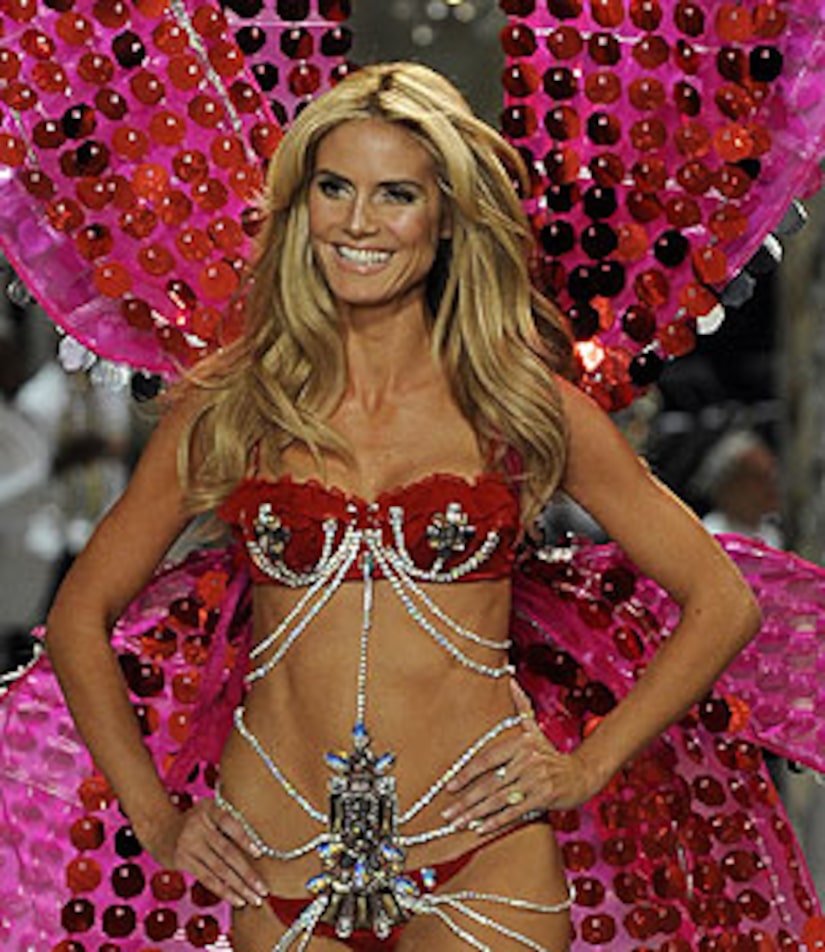 Get out your angel wings!

See photos of Heidi Klum through the years

Ed Razek, President and Chief Marketing Officer of VS, told People magazine, "Heidi is superwoman. She had a baby a few weeks ago and she is hosting the most high profile fashion show in the world. Victoria's Secret is thrilled to have her back. There is no one like her."

Fellow Angel (and new mom) Alessandra Ambrosio has no doubt that Klum, 36, will be able to pull off hosting duties so soon after welcoming her fourth child.

Check out the hottest fashions of last year

"She can do it all," Ambrosio told the magazine. "She's a great mom and she's got so much going on. She's an inspiration."