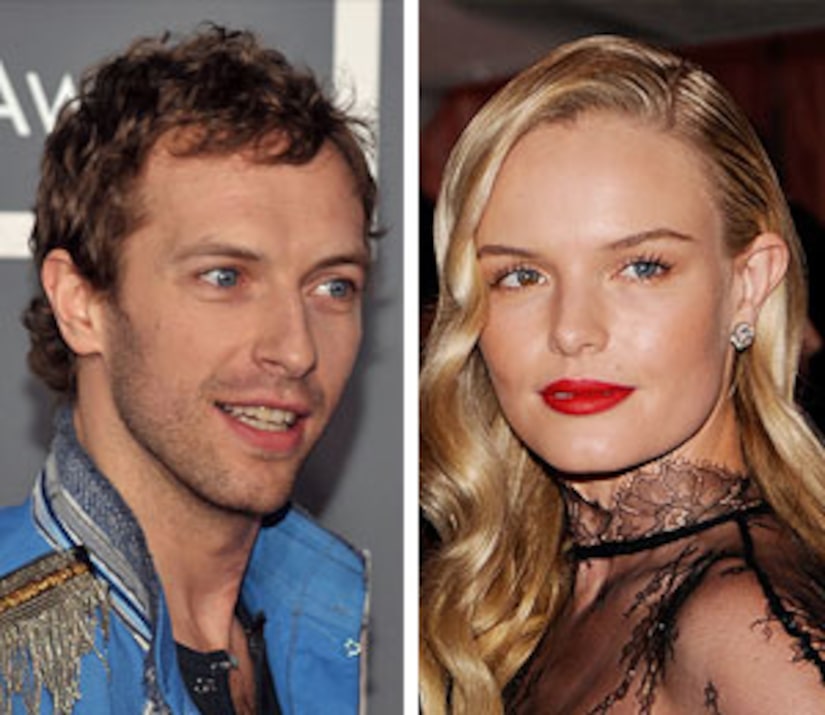 Chris Martin and Kate Bosworth are strictly friends, despite buzz on the Internet Tuesday that the musician was caught in a liplock with the "Blue Crush" actress.

See photos of Gwyneth and her kids, as well as other Hollywood moms

Star magazine quoted an unnamed source saying that Martin, 32, was "totally making out" with Bosworth, 26, at a public event -- even though she's good pals with Martin's wife Gwyneth Paltrow, 37.

Check out photos of Bosworth's romantic rendezvous with Alexander Skarsgard

Bosworth was recently snapped cozying up to "True Blood" star Alexander Skarsgard at the 2009 Scream Awards. Martin and Paltrow tied the knot in 2003, and have two children -- Apple, 5, and Moses, 3.