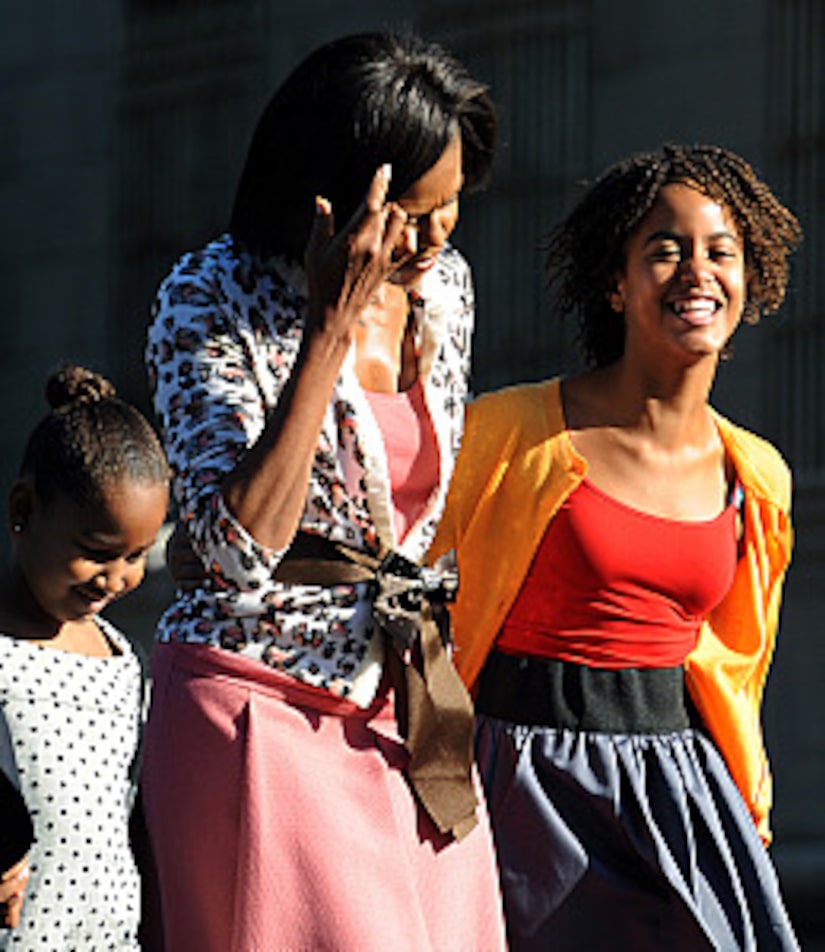 Sasha and Malia Obama got to stay up late on a school night.

Michelle Obama took the first daughters, 8 and 11 respectively, to a Miley Cyrus concert Tuesday night in Washington, D.C., according to ABC News.

It's not the first time the tweens have watched the "Party in the USA" perform. Cyrus, 16, also took the stage at the Kids Ball on Inauguration Day.

Earlier this summer, the Obama girls went to a Beyoncé concert with their mom. They also met their favorite group, the Jonas Brothers, during a scavenger hunt the night they moved into the White House.