Kim Kardashian ended up with a black eye after fighting in the "Kardashian Charity Knock Out" at Las Vegas' Commerce Casino Tuesday night. Before getting into the ring, the Kardashian sisters spoke to "Extra." 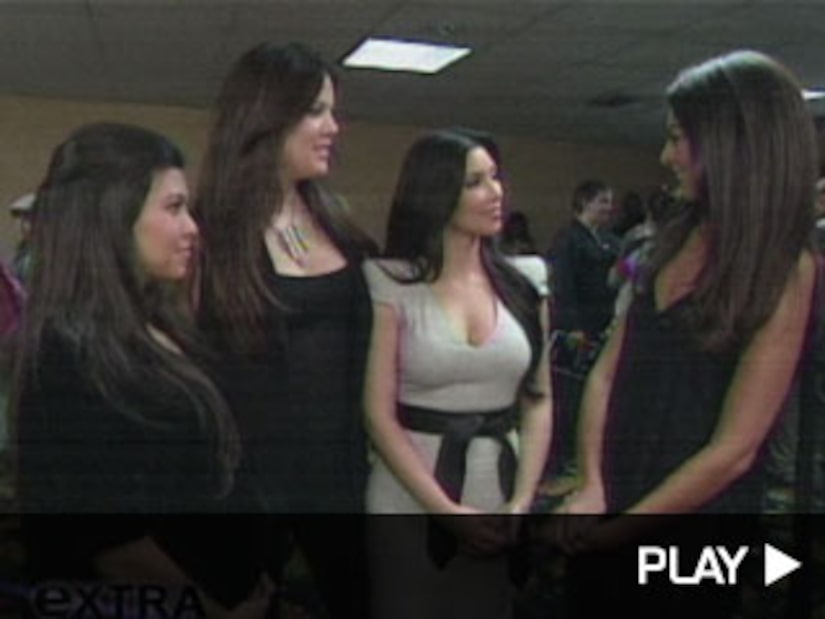 While Kourtney and Khloe admitted they were crazy for agreeing to box (proceeds went to The Dream Foundation), Kim told "Extra," "I'm not crazy because I actually don't want to be here."

Kourtney -- who is seven months pregnant -- and Khloe sat the fight out after watching brother Rob get rushed to the hospital with a concussion.

The only ring on Khloe's mind? The one given to her by Laker husband Lamar Odom.

Getting married, "is just such an accomplishment, I feel," she told "Extra." "It's so weird to say, but it feels so good to be married."

Khloe said she does "not hang out with the all the other Laker wives, but I'm new."