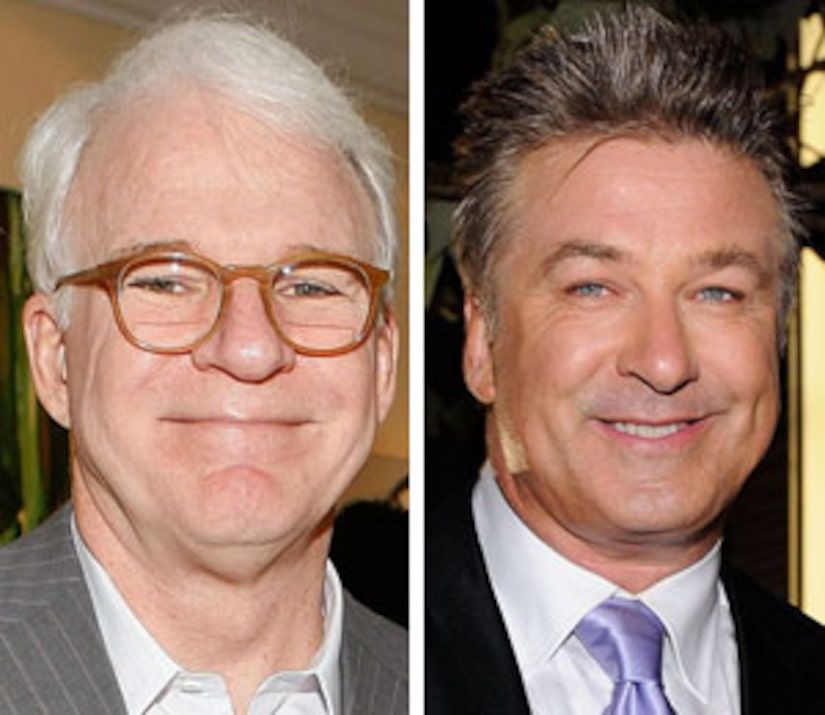 The Academy Awards have announced the two comedic hosts for the 2010 Oscars! Actors Steve Martin and Alec Baldwin will co-host the coveted award show.

Martin hosted the Oscars in 2001 and 2003, but this will be the first time for Baldwin.

"We think the team of Steve and Alec are the perfect pair of hosts for the Oscars," producers Adam Shankman and Bill Mechanic said in a statement. "Steve will bring the experience of having hosted the show in the past and Alec will be a completely fresh personality for this event."

"I am happy to co-host the Oscars with my enemy Alec Baldwin," Martin joked.

"I don't play the banjo but I'm thrilled to be hosting the Oscars -- it's the opportunity of a lifetime," Baldwin added.

Academy President Tom Sherak tells "Extra," "They bring a great deal of talent in every area of entertainment, which we believe will make our show really special this year."