Rihanna is opening up for the first time about being a being a victim of domestic violence at the hands of ex-beau Chris Brown, how "alone" she felt -- and how she recovered with the world watching. 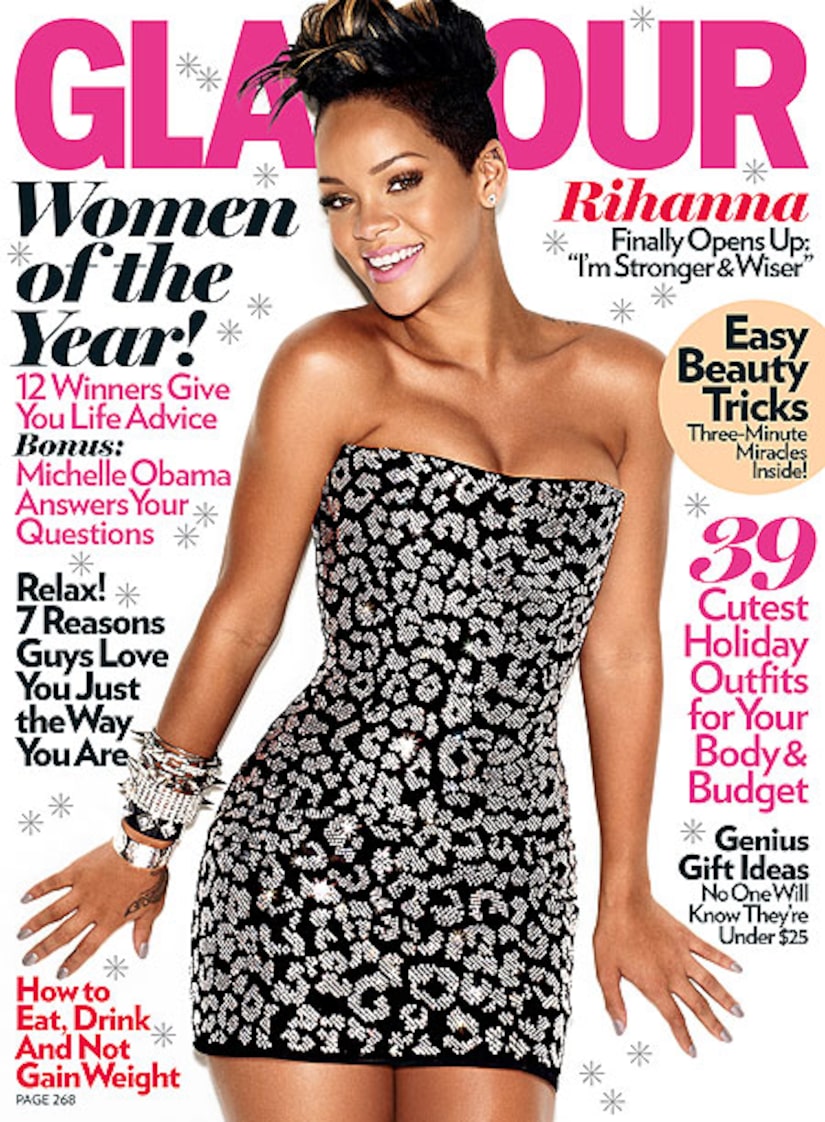 After getting into a heated altercation with Brown eight months ago on the morning of the Grammys, the singer, 21, says she was overwhelmed by the unwanted attention. (In June, Brown, 19, pled guilty to assault and was sentenced to probation, domestic violence classes and community labor.)

See photos of Rihanna through the years

"I felt like I went to sleep as Rihanna and woke up as Britney Spears. That was the level of media chaos that happened the next day," Rihanna tells the December issue of Glamour, where she is also honored as one of the magazine's Women of the Year.

She was deeply hurt when a photo showing her with cuts and bruises was leaked online.

"It was humiliating," says Rihanna, who is due to release her fourth album, Rated R, on Nov. 23. "That is not a photo you would show to anybody. I felt completely taken advantage of. I felt like people were making it into a fun topic on the Internet, and it's my life. I was disappointed, especially when I found out the photo was [supposedly leaked by] two women."

In the months that followed, she leaned on her friends and family for support.

"Everyone has been there for me," Rihanna says. "But at some point you are there alone. It's a lonely place to be -- no one can understand. That's when you get close to God."

But she has found the silver lining in the situation.

"My story was broadcast all over the world for people to see, and they have followed every step of my recovery. The positive thing that has come out of my situation is that people can learn from that," she says. "I want to give as much insight as I can to young women, because I feel like I represent a voice that really isn't heard. Now I can help speak for those women."

Rihanna goes on, "Domestic violence is a big secret ...Teenage girls can't tell their parents that their boyfriend beat them up. You don't dare let your neighbor know that you fight. It's one of the things we [women] will hide, because it's embarrassing."

She's also set to further discuss the fallout from her fight with Brown on "Good Morning America" Thursday and "20/20" Friday.