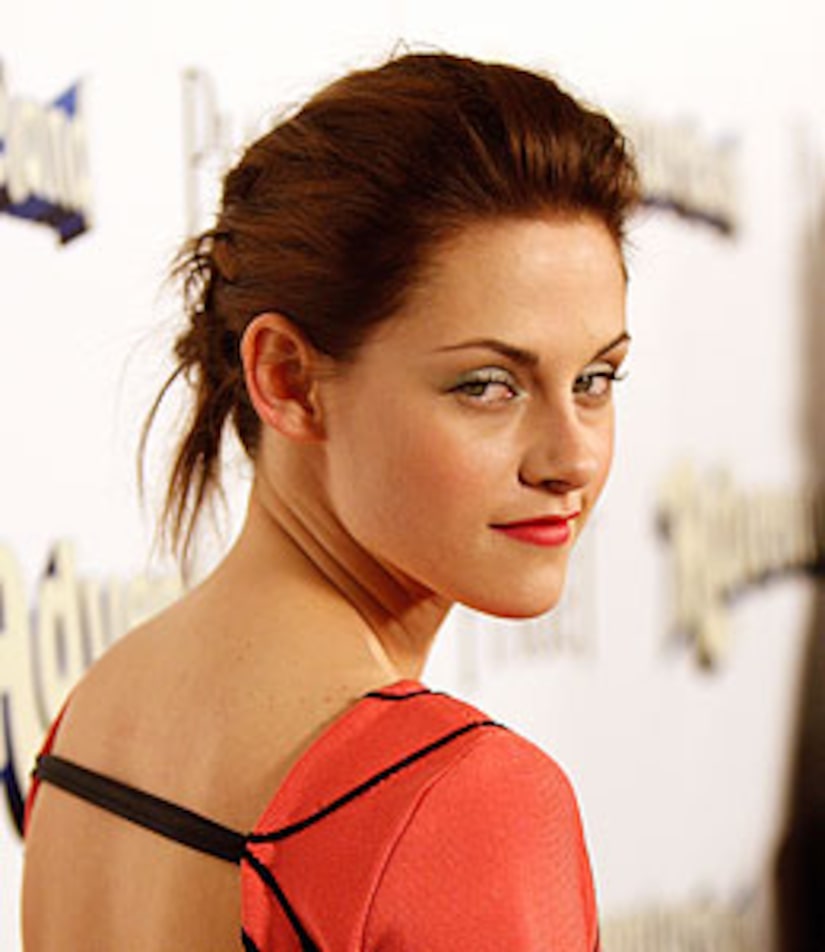 The actress compares her newfound fame to the life of isolated vampire Edward Cullen, played by Robert Pattinson. "Edward is actually a really good parallel to fame," Kristen dishes to BlackBook magazine. "As a vampire, he has a sad, desolate life -- fame is the same."

Pattinson, 23, recently told Vanity Fair that while he thinks his leading lady is "the best young actress around," their relationship is strictly platonic.

Stewart. 19, loves to act, but has no desire to become a bigger celebrity, and could do without our society's obsession with Hollywood's elite. "I don't want to be a movie star like Angelina Jolie," Kristen declares. "Nothing about being a celebrity is desirable. I'm an actor. It's bizarre to me that everybody's so obsessive."

Check out the final posters for "New Moon"

Get the first look at what's coming up in "Extra This Week," along with the week's top stories, cool prize giveaways and special videos and photo galleries.