The stars came out at the AFI Fest screening of "Precious: Based on the Novel Push by Sapphire" in Los Angeles Sunday night. The film's co-executive producers, Oprah Winfrey and Tyler Perry, walked the red carpet together. 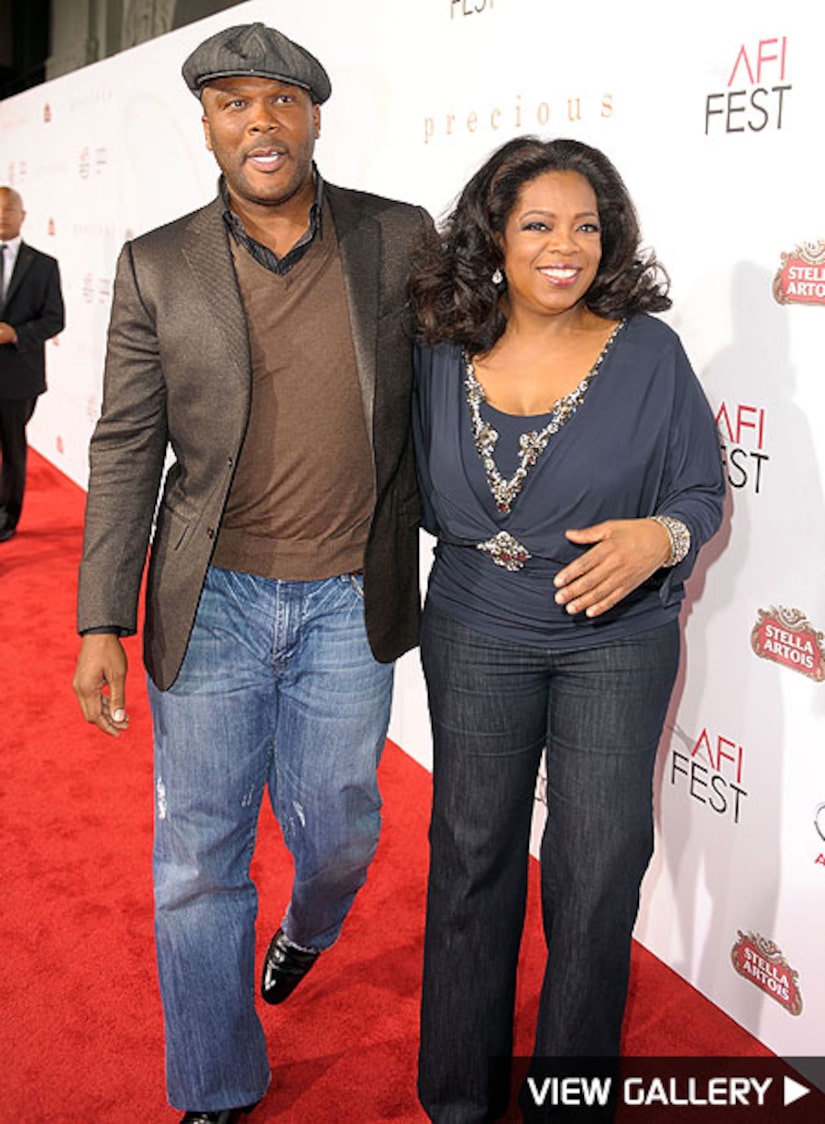 "Precious" newcomer Gabourey "Gabby" Sidibe was all smiles at the screening of the film. The actress wore red for the occasion, and celebrated working on her first feature film at the screening. Mariah Carey, who plays a guidance counselor in the film, made the AFI Fest screening date night with hubby Nick Cannon -- the lovebirds walked the red carpet embracing each other.