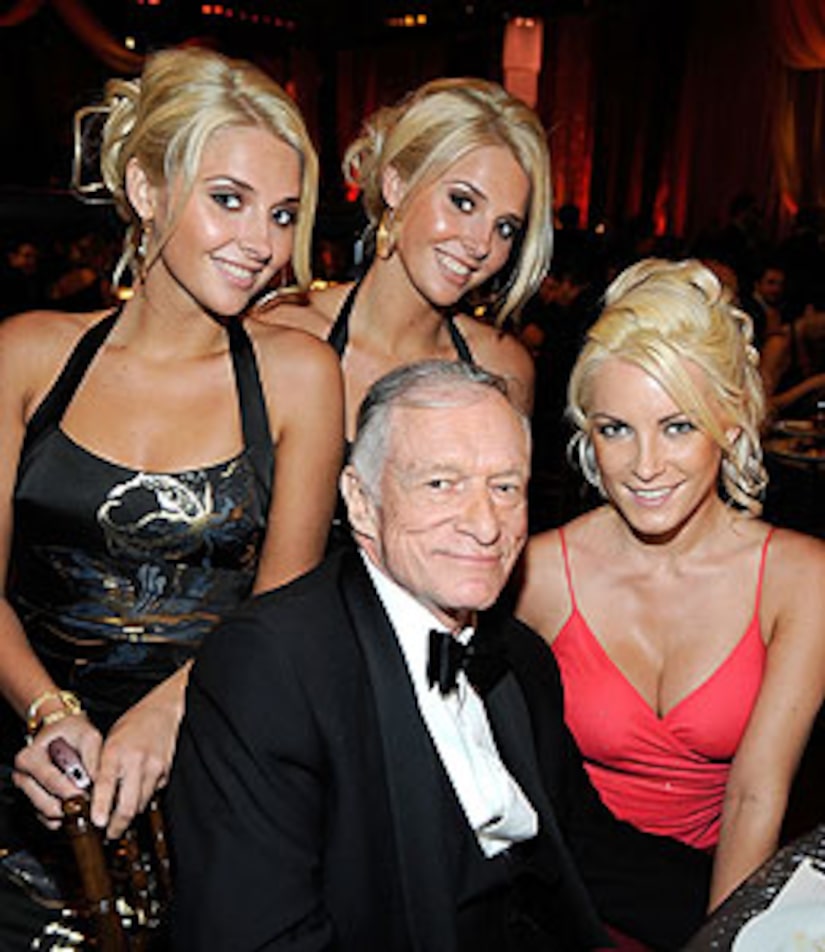 Between jet-setting to exotic locales, a pimped-out mansion to call home and A-list parties attended on the arm of Hugh Hefner, Crystal Harris and Kristina & Karissa Shannon's lives are anything but ordinary.

But there wasn't always so much glitz and glam. Not long ago, "The Girls Next Door's" leading ladies were just your typical California blondes. Crystal, 23, was majoring in Psychology at San Diego State University. "I was living a pretty simple life. I was a college girl."

She hung out with friends, did some modeling on the side and eventually found herself hanging out at the Playboy Mansion. "I met Hef at a Halloween party and started coming up on weekends, and then he asked me to move in. It was all so unbelievable!"

Kristina and Karissa, 20-year-old twins from Clearwater, Fla. were bartenders before going west coast style. "We liked to party... party a lot." After sending in some photos to Playboy, they were asked to do a photo shoot and "never went back."

Fast-forward a year later... the Shannon sisters love life at the Mansion. "You can do anything. They have shampoo in all the showers so you can shower wherever. And you don't have to drive ten minutes up the street to go tanning or twenty minutes to the gym."

All three say they feel very lucky to be one of Hef's chosen few, catching his eye over "millions of other girls."

So what else do they do in their downtime? The twins say that they "have lots going on with the show, between doing promos and filming."

And when they're not working on the reality series, they have movie nights, pool parties in the famed grotto, and of course, every Sunday, a viewing party to watch... what else?

The new episode of "The Girls Next Door" airs Sunday at 10 PM on E!