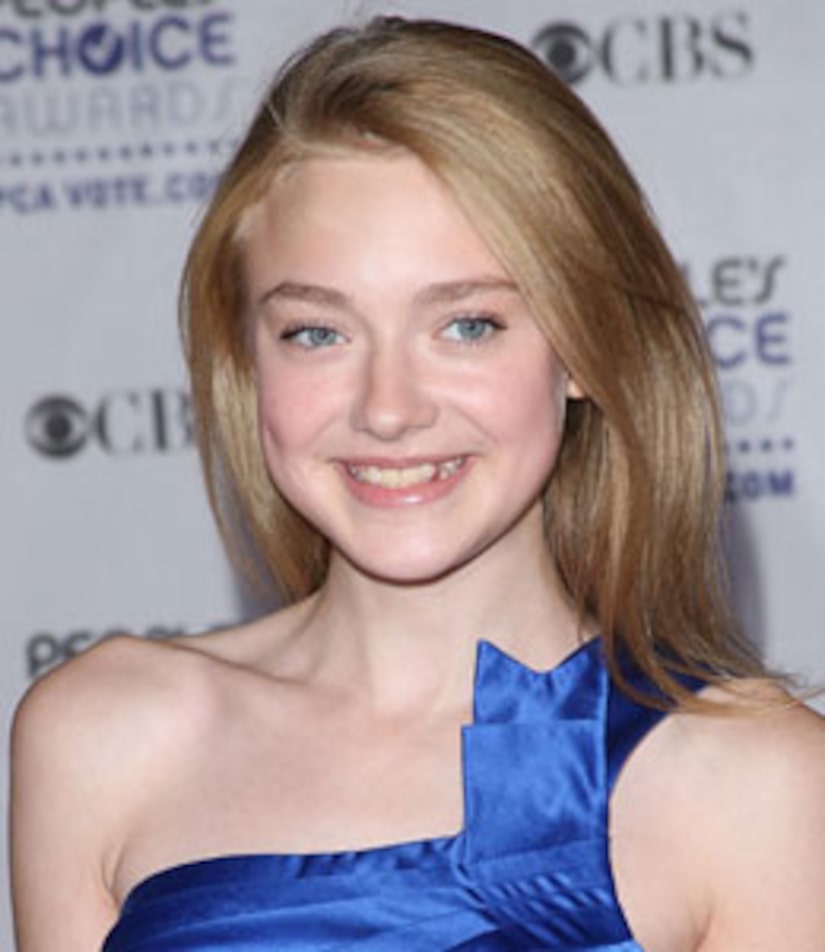 Just because she's a Hollywood starlet, doesn't mean she's going to give up her high school days!

"The Twilight Saga: New Moon" actress was inducted into the Homecoming Court at her high school's football game. The 15-year-old beamed with a sash, crown and bouquet of red roses.

During the game, Fanning cheered for the Vikings as member of the cheerleading squad. She was a flyer during the squad's stunts -- and even nailed the splits!