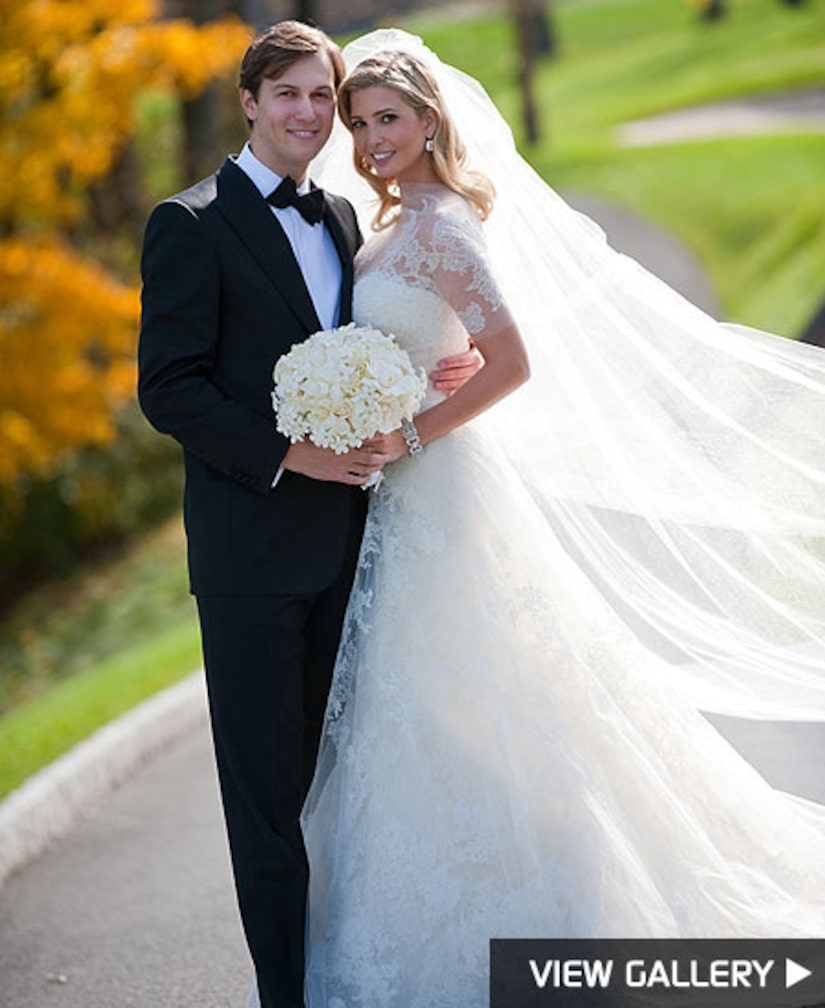 Just three days after saying "I Do" in New Jersey, the two had a second reception -- a Sheva Brachot, the traditional Jewish wedding blessing -- Wednesday night at the Puck Building in New York City.

Trump, 27, and Kushner, 28, served kosher hamburgers, hot dogs, steak sandwiches, sushi, salad and an array of desserts at the ceremony, hosted by Kusher's parents, according to People.com.

"It was really beautiful in there," Trump's brother, Eric, told the magazine. Added Trump's mom, Ivana, "It was fabulous and very elegant. A beautiful event for the young couple."

The bride, who converted to Judaism for Kushner in July, wore a floor-length champagne gown for the occasion.

Trump and Kushner are planning on heading to Africa for their honeymoon, but not before Trump takes care of business in the office. She posted on Twitter this week, "Thanks for all the well wishes everyone! I appreciate it. Back in the office now, but the memories from Sunday will last a lifetime."